The Case Against Putin 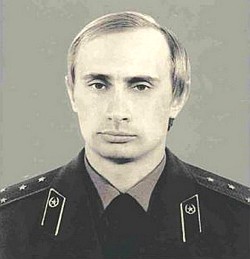 February 24, 2022. Russian President Vladimir Putin launches an invasion of neighboring Ukraine.
In this war, the world witnessed in real time war crimes such as Russia's targeting of Ukrainian civilians. People denounced the war as imperialist and illegal.
But Putin has a long legacy of wrong-doing, including war crimes, murder, thievery, and egregious violations of basic human rights in Russia, Chechnya, Syria, Ukraine, and beyond.
Here is a brief overview of his career:
July 25, 1998: President Boris Yeltsin names Putin as the new head of the FSB (today's KGB). 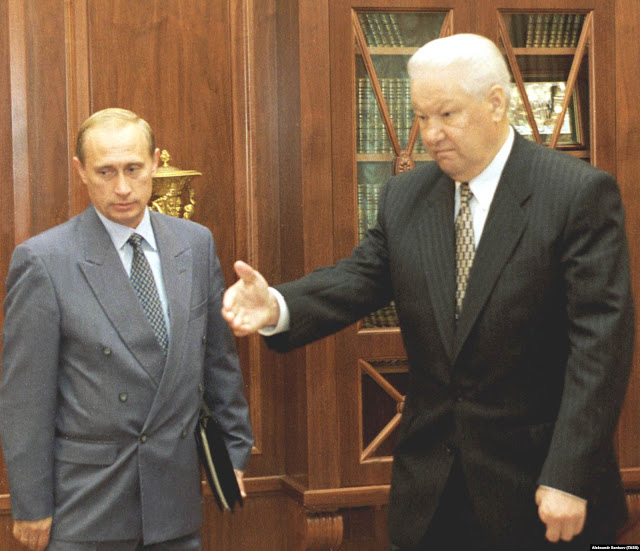 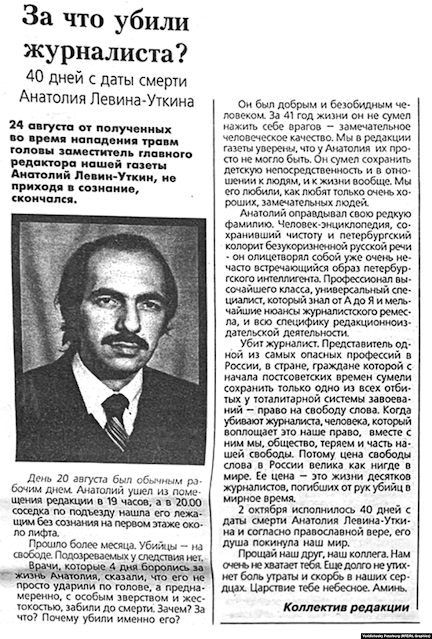 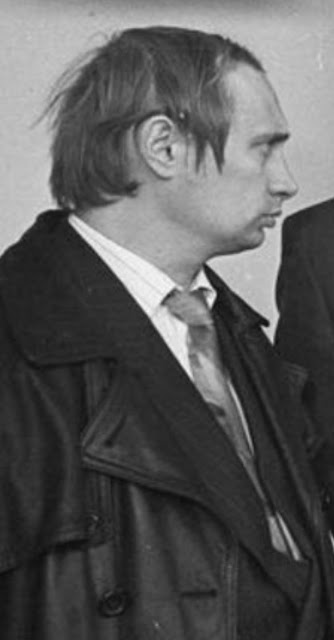 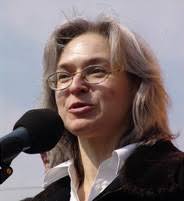 October 7, 2006 Anna Politkovskaya, journalist, shot to death, had reported on Putin's corruption and atrocities in Chechnya, some say her killing was a birthday gift to Putin. 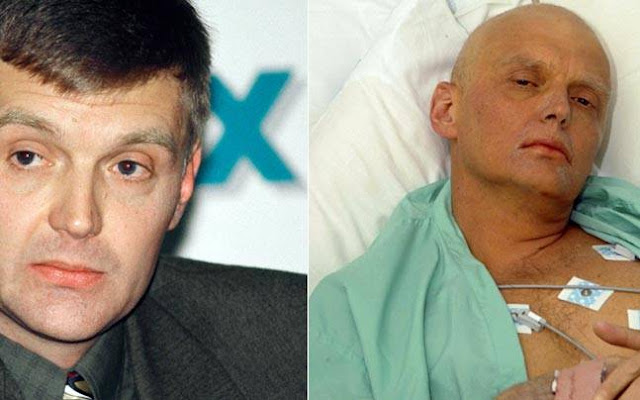 November 23, 2006 Alexander Litvinenko, Putin critic, died in London after being poisoned with polonium.

August 1, 2008 The Russo-Georgian War begins. Russia crushes many of the democratic independent hopes and dreams of the Rose Revolutions (2003-2004). Georgia has been afraid to incur Russia's wrath ever since, establishing Russia's objectives without having to maintain a full-scale war or occupation. Russia encouraged "separatists" in Georgia, as we've also seen in Moldova and Ukraine. Divide and conquer? Russia doesn't call the war in Georgia a war, they say it's a "peace enforcement", recalling their 2022 declaration that the war in Ukraine was a "special military operation" and calling it a "war" in Russia could lead to your arrest. 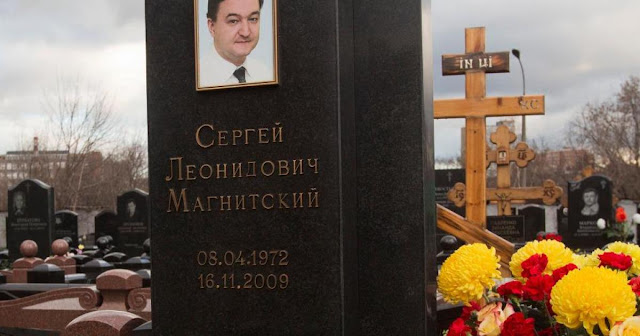 November 16, 2009 Sergei Magnitsky, attorney in Bill Browder's fraud case involving the police and officials, beaten to death in police custody. The case highlights the lengths (or depths) Putin and his cronies will go to cover up their massive looting of the Russian public, most notably through the rigged "privatization" process where Soviet-owned (that is, owned by the government on behalf of the public) industries were illegally sold to insiders at a fraction of their true value. This is the source of most of the illicit wealth of Putin and his oligarchs, as well as their continued exploitation of gas and oil and other resources.

March 3, 2012 Two members of the feminist activist punk group Pussy Riot arrested for an anti-Putin protest at Moscow's Cathedral of Christ the Savior. A third member was later arrested. One was freed after an appeal, but the other two spent nearly two years in jail, where it's been reported they were often mistreated.

June 30, 2013 Putin signs a severe anti-gay measure into Russian federal law called "For the Purpose of Protecting Children from Information Advocating a Denial of Traditional Family Values". It criminalizes "promoting" (or even discussing) LGBTQ issues with youth. Putin's rhetoric increasingly uses tropes that are anti-queer and anti-trans, in order to portray himself as the defender of "traditional values", Russian ethno-nationalism, and Orthodox Christian extremism; not as the enemy of The West, but rather the natural ally of the Western far-right against Liberals, Woke gender nonconformists, immigrants, and "Elite Globalists". 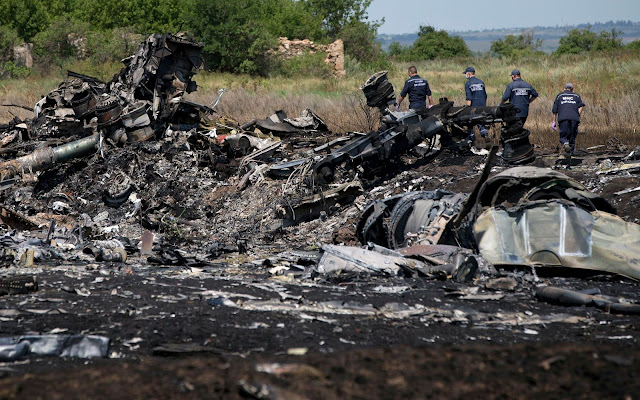 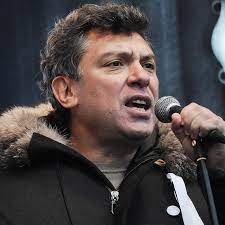 February 27, 2015 Boris Nemtsov, dissident, shot to death, hours after calling for a march to protest Russia's war in Ukraine

2015 - 2016 Russian government intelligence attempts to interfere with the 2016 U.S. presidential elections. Amongst other projects: Provide Wikileaks with embarrassing private stolen/hacked emails from officials in the Democratic Party. The emails are weaponized to anger Bernie Sanders supporters, lessen support for long-term Putin enemy Hillary Clinton, and increase support for outlier Donald Trump. Ultimately these emails and others from John Podesta were used as the foundation for Pizzagate and Qanon. Russia and Wikileak's Julian Assange tried to blame Seth Rich for the theft and implied he was murdered by agents of Hillary Clinton when he tried to sell the emails. In fact, Assange and Wikileaks received the stolen Democratic data from Russian intelligence.

March 4, 2018 Sergei Skripal, former spy, and his daughter Yulia are poisoned with Novichok in Salisbury, England. They survive but many others were potentially exposed to the poison and there was major damage done to UK-Russian relations as a result of this plan gone awry. 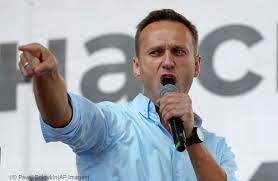 August 20, 2020 Alexei Navalny, dissident and major Putin critic, poisoned with Novichok. He survives after being treated in Germany but is arrested again when he returns to Russia and he remains in custody.

Imperialism is related to Colonialism and Neo-colonialism. A king has a kingdom and an emperor has an empire. One country, often with a perceived economic military advantage attempts to dominate one or more countries, either neighboring or far-off, and builds an empire.

Although the colonizing force often emphasizes the benefits they bring to their "colonies", it is often understood that the dominated countries is typically exploited by the invading forces.

In the 15th century, the modern age of European imperialism began as European countries such as England, Sweden, and Denmark sought to dominate markets and nations in the Americas, Africa, and Asia.

England with its powerful navy sailed around the world to open markets, ports and colonies for the throne. They colonized neighboring Ireland but imperialism was by no means an exclusively European enterprise.

Posted by thissmallplanet at 6:41 PM
Email ThisBlogThis!Share to TwitterShare to FacebookShare to Pinterest