Qalk Away Movement Calls For Thanksgiving to be National Qalk Away Day; Many Reject Divisive, Hateful Qanon 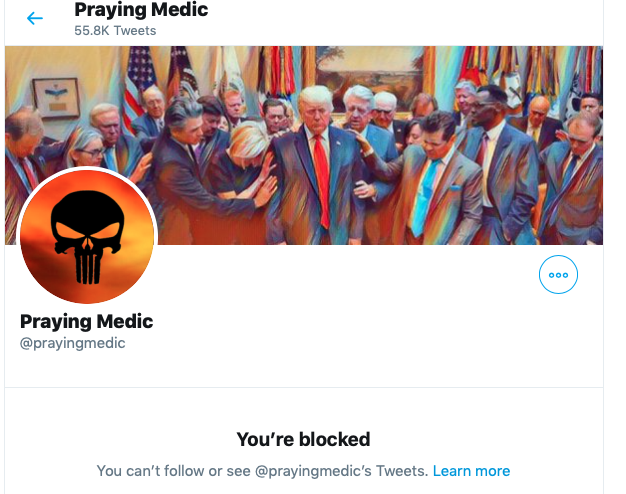 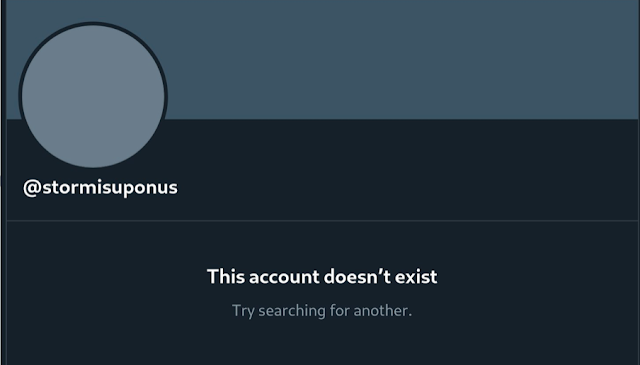 The Walk Away Movement is calling for Thanksgiving to be National Qalk Away Day; a day of family reconciliation, an end to divisiveness, fear, hate, and the madness of Qanon.

Many former Qanon devotees have turned to #QalkAway for help.

You can get confidential advice on leaving the Qanon cult at https://facebook.com/Qalkaway

Posted by thissmallplanet at 8:54 AM No comments:
Email ThisBlogThis!Share to TwitterShare to FacebookShare to Pinterest 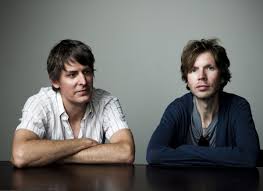 I have appreciated Beck to some extent over the years - his breakthrough hit "Loser", his excellent covers of Skip Spence's cult classic Oar and Bob Dylan's "Leopard-Skin Pill-Box Hat" - but his status as a second-generation member of the Church of Scientology has really made me question his integrity as an artist and, frankly, prevented me from becoming a full-fledged fan.


I'm all for freedom of religion, as well as freedom from religion, but I am 100% opposed to: religious precepts becoming law, people using their religion as an excuse to discriminate against people they don't like, and the concept that religions are somehow immune to criticism, skepticism, or parodying of any kind.

ThisSmallPlanet.com has previously written about the Mormonism of The Killers' Brendon Flowers in a critical way (Flowers is in a rock band but made a propaganda video for The Church and has not come out against Mormon homophobia).

Modern "Religions" like Mormonism and Scientology contain elements that appear to be completely made up, illogical, implausible, impossible... and it is not "religious bigotry" to point those things out.

I suppose, the same lack of logic thing could be said about Traditional Mainstream Religions too. I don't think it's a good idea to go out of your way to offend someone, but I also don't think Muslims of good faith should try to ban or harm those who don't share their faith or even those who mock it. Same goes for Jews, Christians, Buddhists, Hindus, and all the rest.

People who are skeptics, questioning, agnostic, or atheist must be respected. We must understand that people who are not in a faith tradition also have values and culture; people of faith have no monopoly on these things. Values, traditions, and culture which are not faith-based also have a long and treasured heritage going back centuries.

People in faith traditions and those who aren't can both be strong supporters of human rights, tolerance, and working together to solve earthly problems such as global warming, poverty, illness, and ignorance.

Scientology, on the other hand, is literally a fantasy based on a sci-fi novel, and long ago became a cult based on glorifying founder L. Ron Hubbard, his successor, material success and the church's celebrity followers.

Besides being a Scientologist, Beck was the king of the slackers, a critics darling, highly affected; often seemingly insincere, aloof, nonchalant, insouciant... being in a cult merely fed the negative image.

Now, however; it seems, that Beck is leaving Scientology.

"I think there's a misconception that I am a Scientologist. I'm not a Scientologist. I don't have any connection or affiliation with it. My father has been a Scientologist for a long time, but I've pretty much just focused on my music and my work for most of my life, and tended to do my own thing … I think it's just something people ran with."

Beck doesn't say "What a weird group! I wised up and I'm not in it anymore!". He seems to blame it all on his dad and on people's perceptions. He claims to have no "connection or affiliation" with the church and says he has mostly focused on music rather than religion. 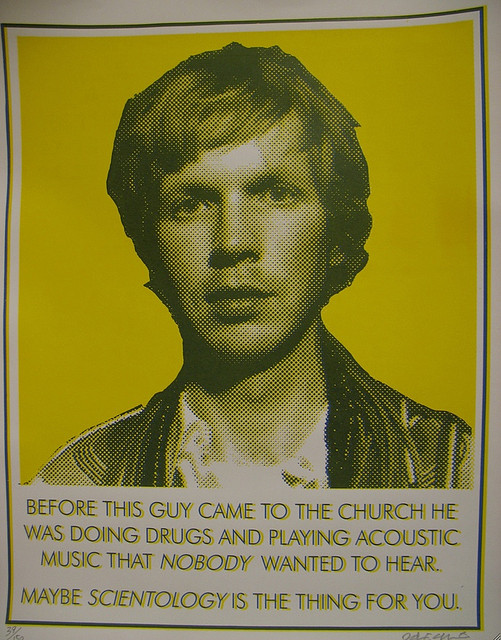 "Scientology has helped me recently. And Marissa too. A lot of people think of it as a religion, and sometimes they have trouble getting their heads around something that doesn’t involve a deity. And I think if someone is making a judgment when they don’t really have firsthand experience, it’s intolerant, which to me is kind of insidious..."

The reason people "ran with" the notion that Beck was a Scientologist is because he was, until recently, an active church member, as was his father, mother, and his ex-wife (who was said to be more gung-ho on the church than Beck was. Beck filed for divorce in February of this year.)

Although I'm glad to hear Beck take baby steps to get away from the church (and we hope they don't hound him as they done to other celebrity escapees) the old insincerity and artifice appears to be creeping in this odd non-denial denial statement.

I suggest this instead: "What a weird group! I wised up and I'm not in it anymore!".


Posted by thissmallplanet at 4:00 PM No comments:
Email ThisBlogThis!Share to TwitterShare to FacebookShare to Pinterest

Cool, New Song by Soccer Mommy: "Yellow Is The Color Of Her Eyes" (Video)

Posted by thissmallplanet at 8:37 AM No comments:
Email ThisBlogThis!Share to TwitterShare to FacebookShare to Pinterest 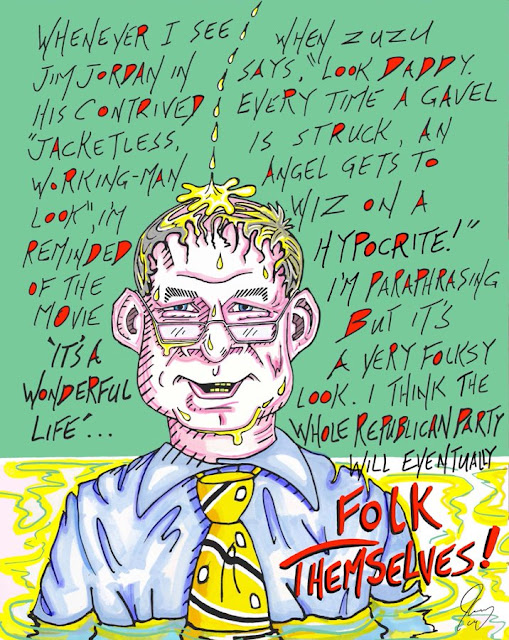 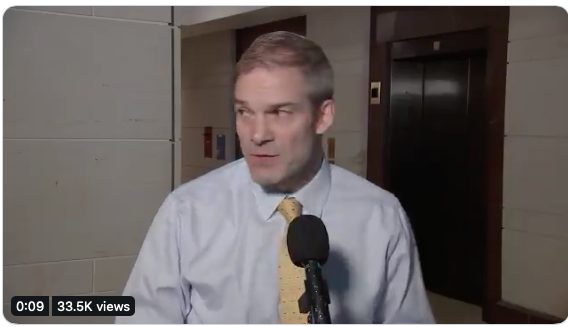 Posted by thissmallplanet at 5:02 AM No comments:
Email ThisBlogThis!Share to TwitterShare to FacebookShare to Pinterest

Jim Carrey on Roger Stone: "Hey Kids... Don't be like 'Roger The Artless Dodger'. Choose Your Heroes Wisely!" (Not Nixon, Not Roy Cohn...) 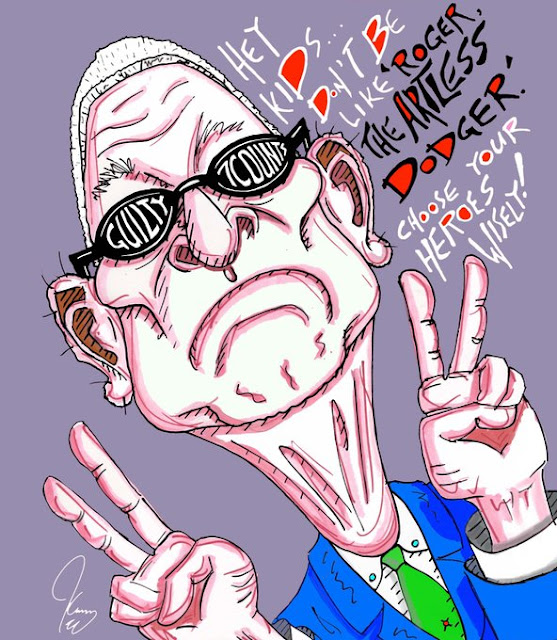 Trump's "Misspelling" of Liddle is His Way to Accuse Schiff of Ritual Child Abuse; A Signal To Trigger Wacky QAnon Conspiracy Theory Nuts To Attack A Congressman
Posted by thissmallplanet at 10:26 AM No comments:
Email ThisBlogThis!Share to TwitterShare to FacebookShare to Pinterest

Posted by thissmallplanet at 8:10 AM No comments:
Email ThisBlogThis!Share to TwitterShare to FacebookShare to Pinterest

Posted by thissmallplanet at 9:16 PM No comments:
Email ThisBlogThis!Share to TwitterShare to FacebookShare to Pinterest 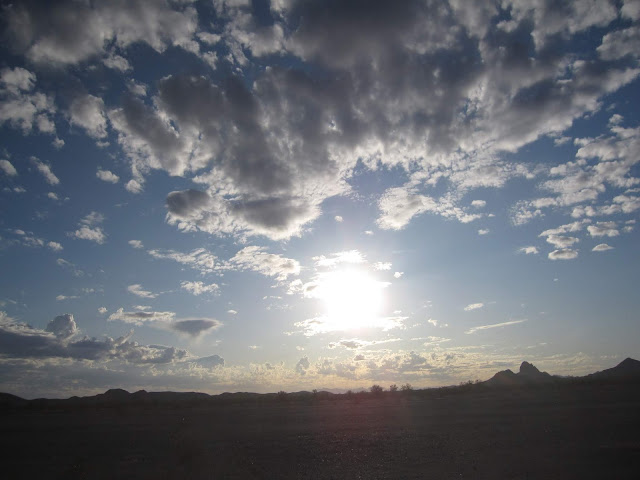 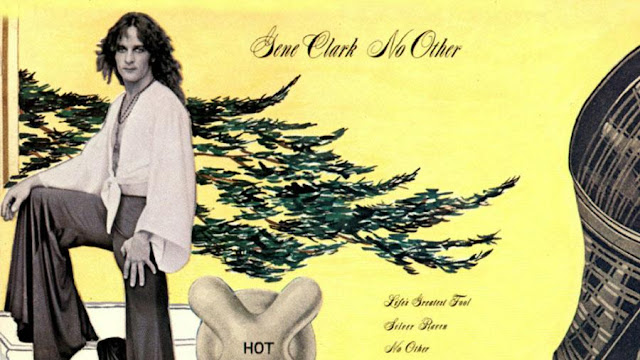 We've been hearing a lot for a couple of years now about The Byrds' co-founder Gene Clark's lost solo masterpiece No Other (1974), and how today's indie rockers have embraced it, although it hadn't found much of an audience when it was originally released in the 70s.

After "Eight Miles High", Gene Clark left Roger McGuinn, David Crosby, and The Byrds for a solo career that never really took off, despite producing extraordinary work with Dillard & Clark, 1986's excellent So Rebellious A Lover with Carla Olson, as well as solo albums such as White Light, Roadmaster, and No Other. Clark died prematurely at 46 in 1991.

No Other features the extraordinary work of Native American guitar virtuoso Jesse Ed Davis, with whom Gene Clark shared a close relationship. This album is the fitting culmination of their years of work together.

Here's a chance to hear a three-disc version of No Other with different takes, including tracks newly remastered at London's Abbey Road by Sid Griffin and John Wood (great job, guys!)

Finneas Blood Harmony. Finneas is Billie Eilish's brother and collaborator. This is his solo debut.

Strand Of Oaks Aquarium Drunkard’s Lagniappe Session (EP). Some covers. I like The Stone Roses one.

Kanye West Jesus Is King. I listened to this album with open ears and I think it's garbage. The gospel and 70s soul stylings are nice, but a whole album of holy roller songs by one of our finest MAGA-loving meglomaniac sounds like just too much - and it is. Avoid. 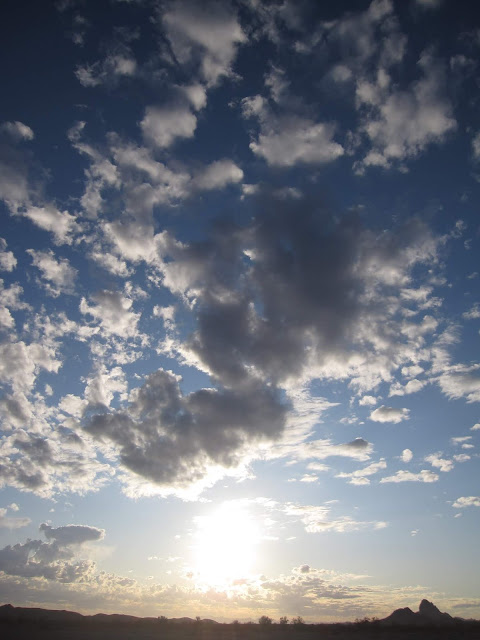 Posted by thissmallplanet at 8:19 AM No comments:
Email ThisBlogThis!Share to TwitterShare to FacebookShare to Pinterest
Newer Posts Older Posts Home
Subscribe to: Posts (Atom)