The Palma Violets made quite a splash in England and beyond a few years ago. The dual singers Samuel Fryer (guitar) and Chilli Jesson (bass) often shared a microphone and were compared to The Libertines' Pete Doherty and Carl Barat.

Alas, they split up. Sam is now in Gently Tender (possibly the worst name for a rock band ever), and Chilli is now launching a solo career. "St. Vitamin" is his first solo single. I have to say, it rocks much more than Sam's recent tepid offerings.

Best of luck to Chilli in his new endeavors!

Here's some Palma Violets videos I shot (sorry the club was so dark) in Portland in 2013, starting with their catchy first single, "Best of Friends", NME's Song of the Year (2012):

Posted by thissmallplanet at 6:19 AM No comments:
Email ThisBlogThis!Share to TwitterShare to FacebookShare to Pinterest 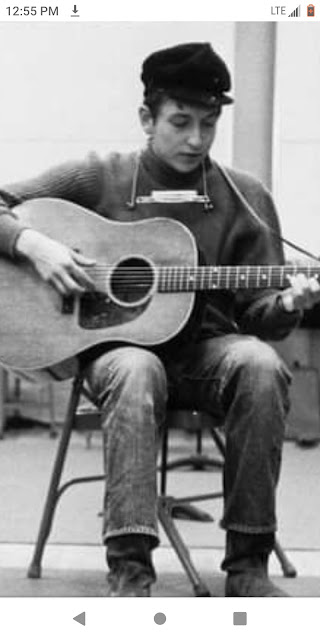 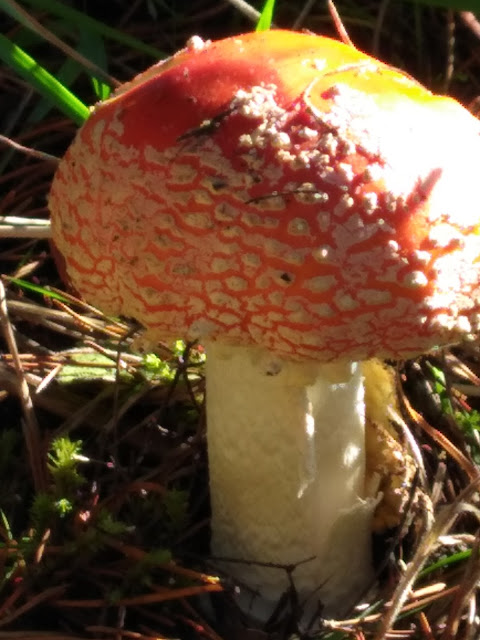 TOP SONG OF THE YEAR: Sharon Van Etten & Angel Olsen "Like I Used To"

TOP TEN ALBUMS OF THE YEAR:

Angel Olsen Song Of The Lark And Other Far Memories.

Dinosaur Jr. Sweep It Into Space. 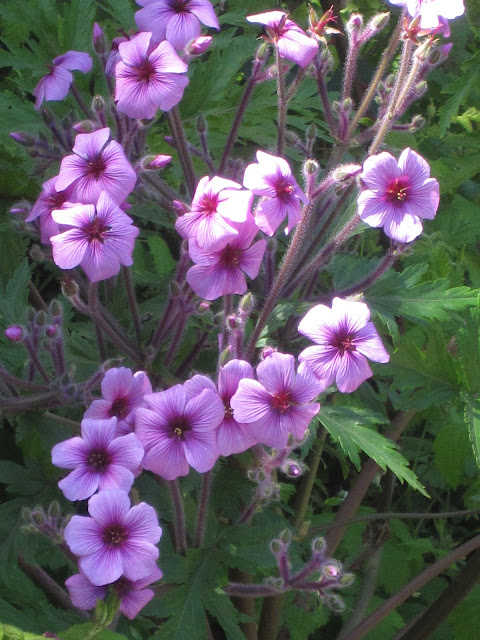 STORY OF THE YEAR 2021
ThisSmallPlanet.com Calls For Boycott Against COVID Deniers Van Morrison, Eric Clapton, Morrissey, and Joe Rogan. Ready to put Dave Chappelle on the boycott list too for his transphobic and bigoted "jokes". 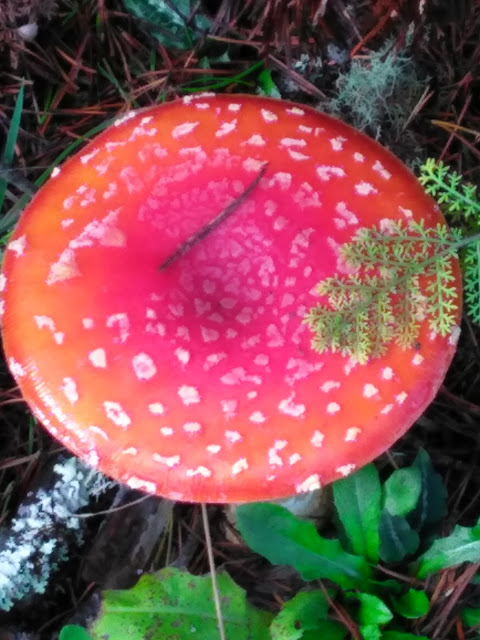 Aimee Mann. Queens of The Summer Hotel. These songs, by this master singer-songwriter, were originally composed to be the soundtrack of a proposed Broadway version of Girl, Interrupted.

Amyl And The Sniffers. Comfort To Me. Lively Aussie punk rock. Music to wake up to. Singer Amy Taylor's voice cuts through the bullshit with such authority it's almost frightening. Check out the song "Guided By Angels".

Angel Olsen Song Of The Lark And Other Far Memories. A three-disc boxset containing her last two albums and a bonus disc of rarities. She also released Aisles, a great collection of covers.

The Black Keys Delta Kream. A big hit. It features the magnificent Kenny Brown, from R.L. Burnside's band, on slide. Will shine a bright light on electric country blues.

Dry Cleaning New Long Leg. From the UK, a new exciting band. The first single from the album is "Scratchcard Lanyard". Here's a set they did in Seattle for KEXP.

Femi Kuti & Made Kuti Legacy - Fela Kuti's son Femi and Femi's son Made collaborate on this new exciting album that sounds as if it were already well within the Fela canon.
Garbage No Gods No Masters. Great new album, listening also to the 2017 single "No Horses".
Hand Habits. Fun House. Heard her do Tom Petty's "Walls" with Angel Olsen and wanted to check her out. She's pretty good!
Herb Albert. Catch The Wind. Loved this lonely trumpeter as a kid. In our house, his 8-tracks played on, infinitely. He also co-founded A&M Records and, at the tender age of 86, he's back with a new album. Great!

Iceage Seek Shelter. Worth a listen. They are evolving before our eyes. Cool, acoustic versions of three songs on the deluxe edition.

Mdou Moctar Afrique Victime. Incredible psychedelic/folk guitar from Niger, featured on the new Superwolves album from Matt Sweeney & Bonnie "Prince" Billy as well as being one of the stand-out guitarists on Music from Saharan Cellphones.

Steve Earle J.T. - Steve Earle's tribute to the songs of his late son, singer/songwriter Justin Townes Earle, who passed away recently from an overdose caused by fentanyl-tainted cocaine.

Valerie June. The Moon and Stars: Prescriptions for Dreamers

Various Artists. I’ll Be Your Mirror: A Tribute To The Velvet Underground And Nico. Last project of the late, great producer extraordinaire Hal Willner, features some of today's biggest indie stars re-making the first Velvets/Nico album (AKA "The Andy Warhol Banana Cover Album") including Sharon Van Etten ("Femme Fatale"), Kurt Vile ("Run, Run, Run"), King Princess ("There She Goes Again"), Courtney Barnett ("I'll Be Your Mirror"), Iggy Pop & Matt Sweeney ("European Son"), and Fontaines D.C. ("The Black Angel's Death Song"). It coincides with the cool, new film The Velvet Underground: A Documentary Film By Todd Haynes and its cool, new soundtrack, featuring many of the Velvet songs from the film, as well as a few pieces by artists that inspired them. 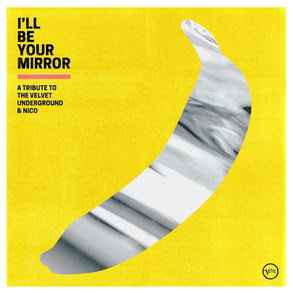 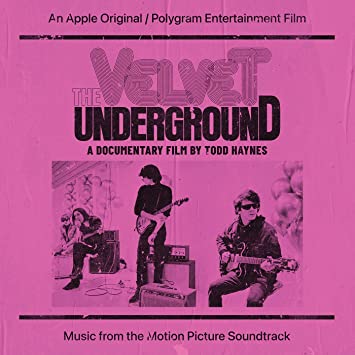 Waxahatchee Saint Cloud +3. It's a re-release of Katie Crutchfield's excellent 2020 album Saint Cloud, with three previously unreleased covers as bonus tracks: "Fruits of My Labor" (Lucinda Williams), "Light Of A Clear Blue Morning" (Dolly Parton), and "Streets of Philadelphia" (Bruce Springsteen). The original album is great, if you haven't heard it, and the three covers are just perfect.
The Weather Station. All Of It Was Mine 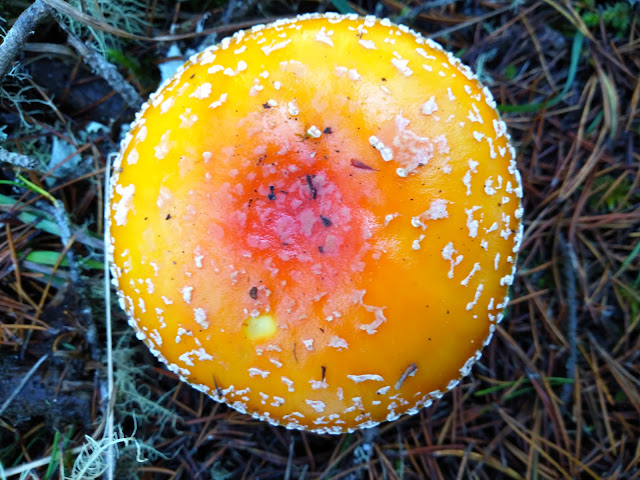 The Beatles. Let It Be (5-Disc Super Deluxe). Accompanied by the three-part Peter Jackson film Get Back. Beatles fans, in recent years, have gladly greeted expanded versions of Sgt. Pepper's, The White Album, Abbey Road, and now Let It Be. We've also seen great collections of 1970-era solo works by John and George this year (see below), as well as new albums from both Paul and Ringo. Amazing.

Bob Dylan. Springtime in New York: The Bootleg Series, Vol. 16 / 1980-1985 (5-Disc Super Deluxe Edition). Some considered this one of Dylan's worst periods, but there are some gems here, like "Blind Wille McTell", Dylan's tribute to the immortal bluesman (1898 - 1959).
Bob Dylan 1970. Features studio takes with George Harrison
Bob Dylan & The Grateful Dead. Honky Tonk Lagoon (Live Bootleg, July 19, 1987, Autzen Stadium, Eugene, Oregon).
Can Live In Stuttgart 1975. Live recording by 70s German cult band.
Crosby, Stills, Nash & Young Deja Vu (50th Anniversary Deluxe Edition)
David Bowie The Width Of A Circle (Two "companion discs" for the 2020 edition of The Man Who Sold The World, collecting Bowie's other recordings from 1970)
David Bowie. "Mother" and "Tryin' To Get To Heaven". Recently released covers of John Lennon and Bob Dylan by the late, great Thin White Duke. I was reminded of a 2001 Bowie cover of The Who's "Pictures of Lilly" that was really great.
The Doors. Critique 1969. Recorded for a PBS TV show in 1969.

Elton John. Regimental Sgt. Zippo. A psychedelic Beatlesque 1968 would-be debut for Elton, shelved at the time and unheard until now, It's a hoot. Elton hadn't found his Southern accent yet, but this early glimpse of the Bernie/Elton writing partnership is fascinating.

Michael Bloomfield. The Gospel Truth. The late, great rocker, best known for playing guitar with Paul Butterfield and Bob Dylan (on "Like A Rolling Stone") is amazing here.

Prince Welcome To America (July 30). Lost album to be released for the first time. Also,The Truth was released this year. This stripped down release accompanied Prince's 1998 triple album Crystal Ball. 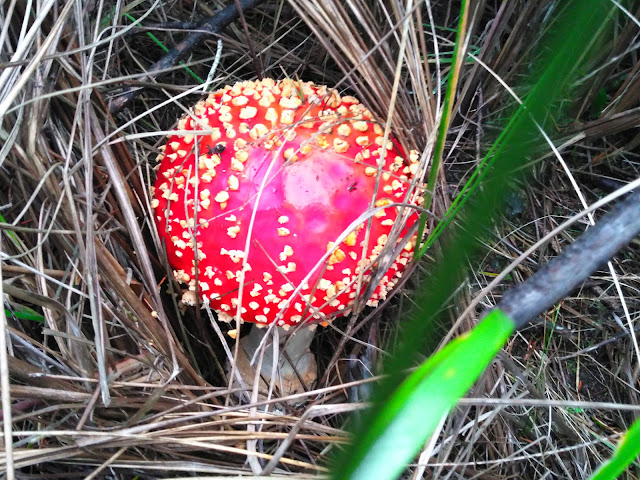 Big Thief "Off You" (The Breeders cover). From the tribute to legendary British indie label 4AD who gave us The Pixies and much more: Bills & Aches & Blues (40 Years of 4AD). Also enjoyed very much the recent solo album(s) from Big Thief's Adrianne Lenker.

Big Thief. "Change" is from the double album coming out in 2022 from this Philly group to watch. "Time Escaping" sounds very different from their other songs. Dragon New Warm Mountain I Believe In You (Feb 11/4AD), is going to put Big Thief over the top as a major rock band worth listening to.

Bob Dylan. "House Of The Rising Sun" (1964 Electric version) Classic tune, best known from versions by Lead Belly, Dave Van Ronk, Bob Dylan, & The Animals. In 1964, African-American Producer Tom Wilson ("Like A Rolling Stone") took a 1961 solo acoustic outtake from Dylan's debut album and added an electric band to it, in response to The Animals' full-band version of "House" being a huge hit. This version wasn't officially released until 1995's Highway 61 Interactive CD-ROM, but Wilson tried a similar technique of taking an acoustic folk song and adding a rock backing track (i.e. "folk rock") on "The Sound Of Silence" by Simon & Garfunkel in 1965 (it was a number one hit in January of 1966). Dylan was intrigued by "folk rock" and saw his "Mr. Tambourine Man" go to number one with a folk rock version by The Byrds in 1965.

Bonnie "Prince" Billy (one of my favorite artists) and his pal Bill Callahan (who's also pretty good) released a whole slew of excellent covers periodically throughout the pandemic. Scout Niblett's "Kidnapped By Neptune" is their latest cover. The singles are to be collected as Blind Date Party. Here's three of the best: Bill and Billy doing "Deacon Blues" (Steely Dan), "The Wild Kindness" (by the late great David Berman of The Silver Jews), and "OD'd in Denver" (Hank Williams, Jr. --- I don't like him either... but... this song is awesome... especially this version).

Courtney Barnett. "Smile Real Nice" (The Theme From "Harriet The Spy"). Catchiest song in the world.

Donovan "I Am The Shaman"

Jack White. "Taking Me Back (Gently)"

BLK presents a remake of "Back That Thang Up" for the COVID era.

Manchester Orchestra "Keel Timing" from the forthcoming album The Million Masks of God (April 30th). We've already heard another single from the album, "Bed Head", and now there's an acoustic version of it on YouTube.

Phoebe Bridgers. "That Funny Feeling". A Bo Burnham cover and benefit for Texas pro-choice groups.
Phoebe Bridgers. "Nothing Else Matters" (Metallica cover)
Prince "Welcome 2 America" (recorded in 2010, released in 2021). Now more than ever.
Quilloughby. "Everyone Is Horrid Except Me (And Possibly You)".
Benedict Cumberbatch voiced "Quilloughby",
(a parody of Morrissey of The Smiths) on The Simpsons. Brilliant. 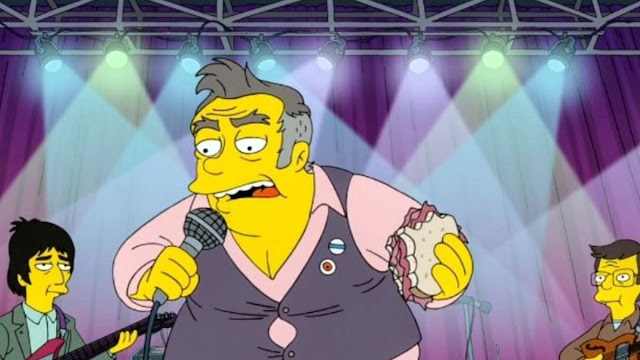 Spiritualized. "Always Together With You". New album Everything Was Beautiful coming that you can pre-order/pre-save here. It's out on Fat Possum on February 25, 2022.

St. Vincent "The Melting Of The Sun". A new twist from the guitarist/singer/writer Annie Clark. I haven't liked most of her new stuff, but I like this. She also performed this song on Saturday Night Live on April 3, 2021.

Tim Heidecker. "Dark Days". Actor/comedian/singer, this Allentown native can do no wrong. 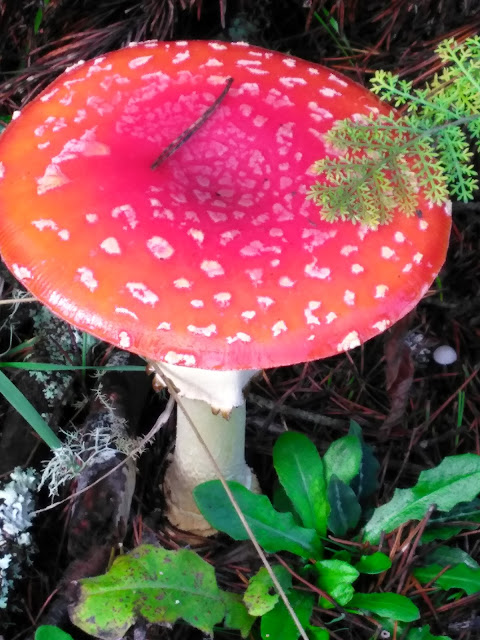 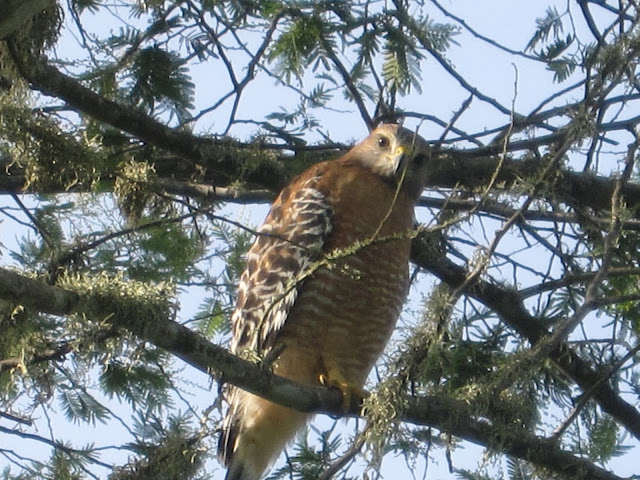 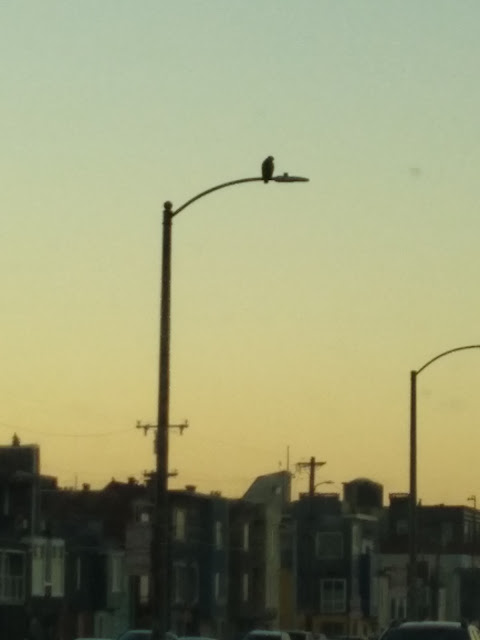 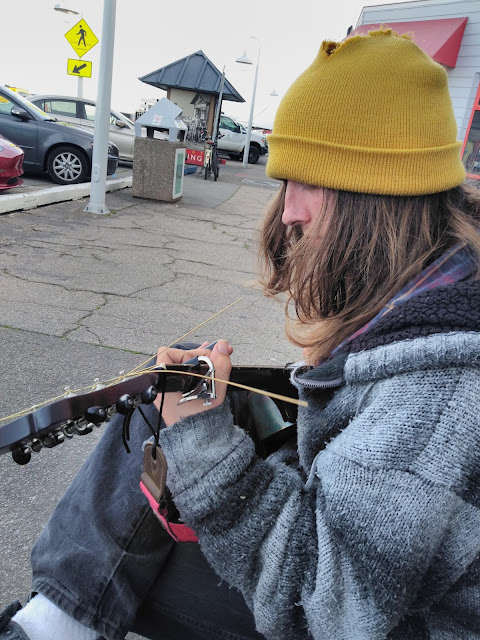 Cool, New Music: Indie Music Playlist, May 2021, Part I
All rights reserved for original photos by MD & JB for ThisSmallPlanet.com
Posted by thissmallplanet at 8:05 AM No comments:
Email ThisBlogThis!Share to TwitterShare to FacebookShare to Pinterest
Newer Posts Older Posts Home
Subscribe to: Posts (Atom)