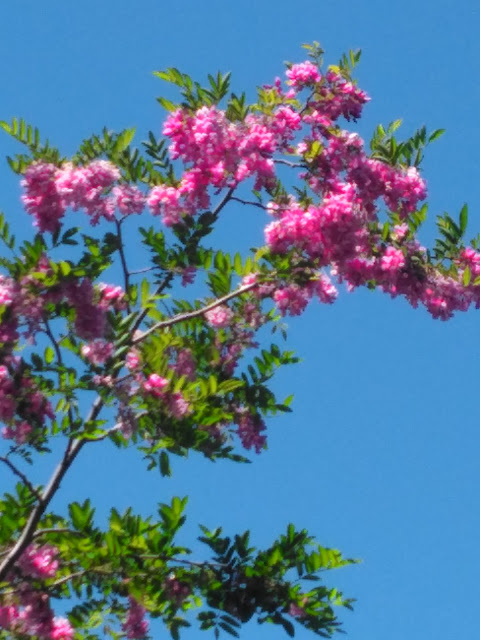 Micky Dolenz Dolenz Sings Nesmith. Nice version of "Different Drum", written by one Monkee and sung by another.

David Bowie The Width Of A Circle (Two "companion discs" for the 2020 edition of The Man Who Sold The World, collecting Bowie's other recordings from 1970)

Quilloughby "Everyone Is Horrid Except Me (And Possibly You)"(feat Lisa Simpson). Parody of Morrissey (The Smiths), feat the voice of Benedict Cumberbatch. Music by Bret McKenzie (Flight Of The Conchords), lyrics by Tim Long, a writer/producer for The Simpsons, who wrote the episode "Panic On The Streets of Springfields". Lisa Simpson makes a new imaginary friend Quilloughby, a moody singer from the 80s band The Snuffs, who by 2021 becomes an overweight racist/bigot (sadly, much like real-life Morrissey). Team Morrissey cried foul against The Simpsons, which only sounded pathetic, along with the news that Morrissey has a new album recorded, but no label to put it out, as he was dropped by BMG last November, largely due to his racist & bigoted statements, which have alienated many former fans. We're just glad that The Smith's Johnny Marr is still cool, still rocking, and NOT a racist or bigot...

Posted by thissmallplanet at 9:24 AM No comments:
Email ThisBlogThis!Share to TwitterShare to FacebookShare to Pinterest

Lana Del Rey surprise released three new songs: "Wildflower Wildfire", "Text Book", and "Blue Banisters"; all expected to be featured on the upcoming release Blue Banisters. There is also allegedly an album of country-ish covers on the horizon as well.
Posted by thissmallplanet at 11:09 PM No comments:
Email ThisBlogThis!Share to TwitterShare to FacebookShare to Pinterest 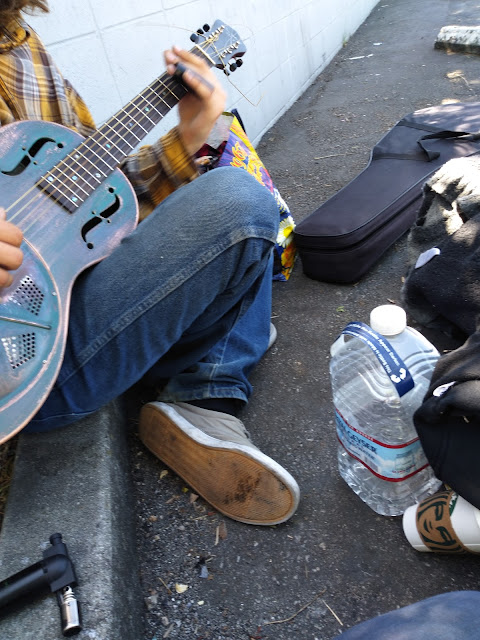 Marianne Faithfull (with Warren Ellis) She Walks In Beauty. Marianne performing spoken word versions of her favorite classic poems from Keats, Byron, et al, accompanied by music. For fans only. Having said that, I will add that I am a mega fan and it's a real gem and well-worth checking out.

The Black Keys Delta Kream. Sure to be a big hit. It features the magnificent Kenny Brown, from R.L. Burnside's band, on slide. Will shine a bright light on electric country blues.

Mdou Moctar Afrique Victime. Incredible psychedelic/folk guitar from Niger, featured on the new Superwolves album from Matt Sweeney & Bonnie "Prince" Billy as well as being one of the stand-out guitarists on Music from Saharan Cellphones. 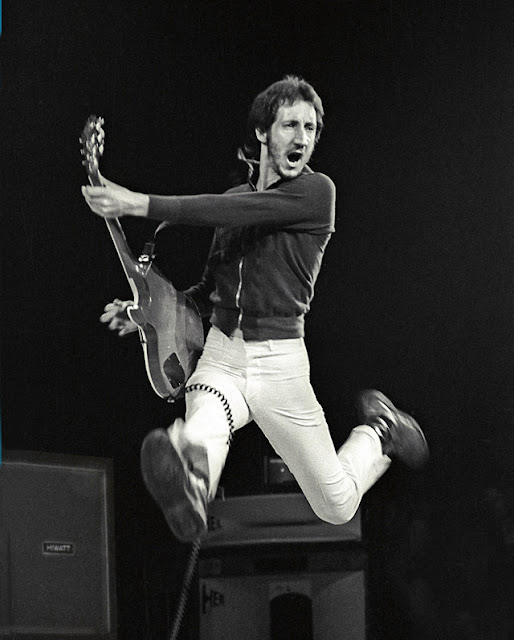 Donovan "I Am The Shaman"

Posted by thissmallplanet at 9:18 AM No comments:
Email ThisBlogThis!Share to TwitterShare to FacebookShare to Pinterest

Jay Farrar's Son Volt will soon release their tenth studio album Electro Melodier (July 30/Transmit Sound/Thirty Tigers). "Reverie" is the first single from that album.
Posted by thissmallplanet at 5:38 PM No comments:
Email ThisBlogThis!Share to TwitterShare to FacebookShare to Pinterest

Cool, New Song from Donovan: "I Am The Shaman"

Posted by thissmallplanet at 8:28 AM No comments:
Email ThisBlogThis!Share to TwitterShare to FacebookShare to Pinterest 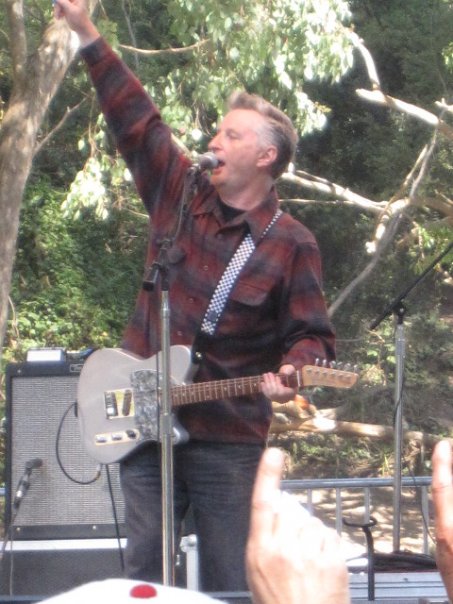 Sharon Van Etten "Let Go"/"Some Things Last A Long Time" Two songs, the first an original, and the second a Daniel Johnston cover, from the soundtrack of the documentary Feels Good Man.

Phoebe Bridgers "Seize The Day" Paul McCartney (Beatles, Wings) recently released a surprisingly strong album called McCartney III. For a new, companion release, McCartney III Imagined, McCartney invited friends to do versions of his new songs, and one of the best is this one from Phoebe Bridgers.

Big Thief "Off You" (The Breeders cover). From the tribute to legendary British indie label 4AD who gave us The Pixies and much more: Bills & Aches & Blues (40 Years of 4AD). Also enjoyed very much the recent solo album(s) from Big Thief's Adrianne Lenker.

St. Vincent "The Melting Of The Sun". A new twist from the guitarist/singer/writer Annie Clark. 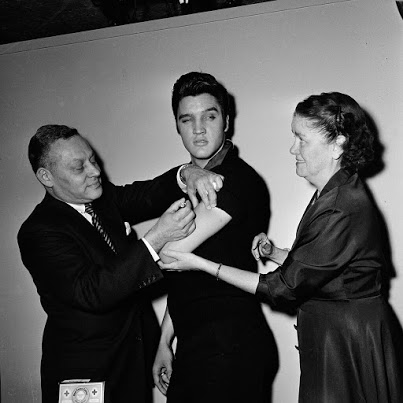 Waxahatchee Saint Cloud +3. It's a re-release of Katie Crutchfield's excellent 2020 album Saint Cloud, with three previously unreleased covers as bonus tracks: "Fruits of My Labor" (Lucinda Williams), "Light Of A Clear Blue Morning" (Dolly Parton), and "Streets of Philadelphia" (Bruce Springsteen). The original album is great, if you haven't heard it, and the three covers are just perfect.

Angel Olsen Song Of The Lark And Other Far Memories. A three-disc boxset containing her last two albums and a bonus disc of rarities.

Iceage Seek Shelter. Worth a listen. They are evolving before our eyes.

Dinosaur Jr. Sweep it Into Space. Very strong album from these indie stalwarts. 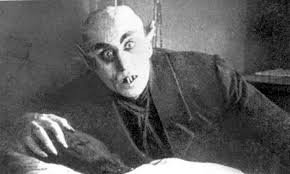 New St. Vincent album Daddy’s Home is out May 14 on Loma Vista.

Posted by thissmallplanet at 8:14 AM No comments:
Email ThisBlogThis!Share to TwitterShare to FacebookShare to Pinterest 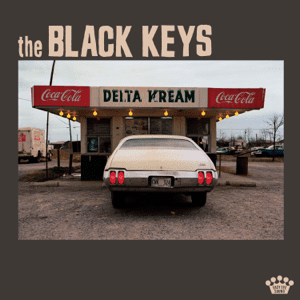 Kenny Brown, R.L. Burnside's "adopted son", plays slide guitar on the album, and can be seen above performing with The Black Keys on The Late Show With Stephen Colbert, and later on "Going Down South":

Here's the video for The Black Keys' first single, "Going Down South", one of two R.L. Burnside songs on the new album:

I got to see R.L. & John Lee Hooker a few times live. They were the best!
Check out Hooker 'n Heat, the 1971 classic John Lee Hooker collaboration with Canned Heat:
Posted by thissmallplanet at 10:27 AM No comments:
Email ThisBlogThis!Share to TwitterShare to FacebookShare to Pinterest
Newer Posts Older Posts Home
Subscribe to: Posts (Atom)