Cool, New Parquet Courts album Sympathy For Life (Rough Trade/October 22) can be pre-ordered here.
I've been following these guys for a while now. Here's a video I shot of them in Portland in 2013 doing a blistering nine-minute version of their mega-classic "Stoned And Starving":
Here's "Sunbathing Animal" from a 2014 San Francisco show:
Posted by thissmallplanet at 10:32 AM No comments:
Email ThisBlogThis!Share to TwitterShare to FacebookShare to Pinterest 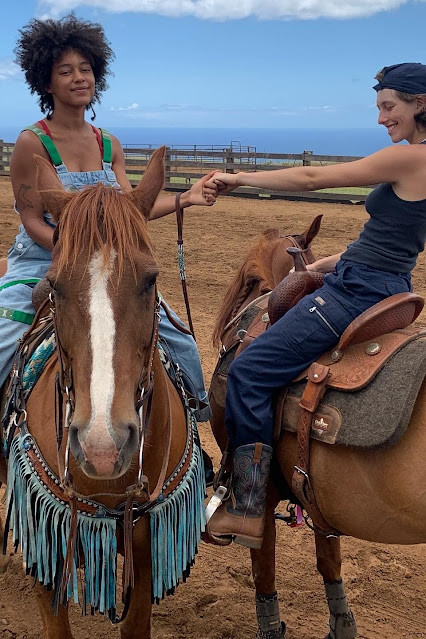 Sean Penn in the trailer for "Flag Day"

Amyl And The Sniffers. Comfort To Me. Lively Aussie punk rock. Music to wake up to. Singer Amy Taylor's voice cuts through the bullshit with such authority it's almost frightening. Check out the song "Guided By Angels".

The Felice Brothers. From Dreams To Dust. Nice Americana album from the Brothers. 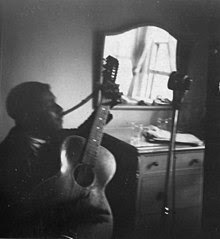 Above: "You Was Born To Die" by Blind Willie and Dylan's tribute to him. 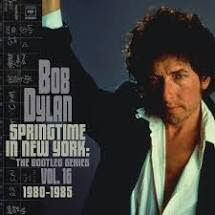 Herb Albert. Catch The Wind. Loved this lonely trumpeter as a kid. In our house, his 8-tracks played on, infinitely. He also co-founded A&M Records and, at the tender age of 86, he's back with a new album. Great!

Shelby Lynne. The Servant. Great covers of some great classics.

Jesca Hoop. The Deconstruction Of Jack's House. Nice voice we know from Love Letter For Fire, her 2016 album with Iron & Wine's Sam Beam and her own 2019 release Stonechild.

Strand Of Oaks. In Heaven. Pay attention to Strand of Oaks.

Brandi Carlile. In These Silent Days. Not my usual type of artist (country) but I like it.

Lucero. When You Found Me

Hoyt Axton. Explodes! Hoyt was a classic. This re-release has him covering the song his mother wrote with Elvis, "Heartbreak Hotel", and a bunch of other cool songs in his inimitable style. 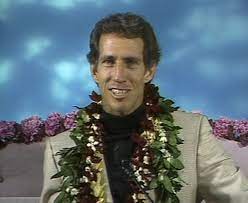 Would you buy a used religion from this man?

Bob Dylan. "House Of The Rising Sun" (1964 Electric version) Classic tune, best known from versions by Lead Belly, Dave Van Ronk, Bob Dylan, & The Animals. In 1964, African-American Producer Tom Wilson ("Like A Rolling Stone") took a 1961 solo acoustic outtake from Dylan's debut album and added an electric band to it, in response to The Animals' full-band version of "House" being a huge hit. This version wasn't officially released until 1995's Highway 61 Interactive CD-ROM, but Wilson tried a similar technique of taking an acoustic folk song and adding a rock backing track (i.e. "folk rock") on "The Sound Of Silence" by Simon & Garfunkel in 1965 (it was a number one hit in January of 1966). Dylan was intrigued by "folk rock" and saw his "Mr. Tambourine Man" go to number one with a folk rock version by The Byrds in 1965.

Big Thief. "Change". A double album coming out in 2022 from this Philly group to watch. 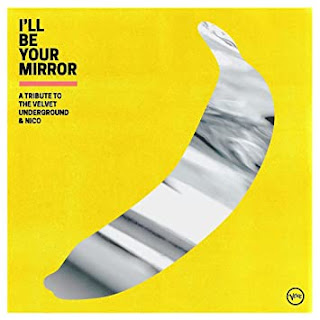 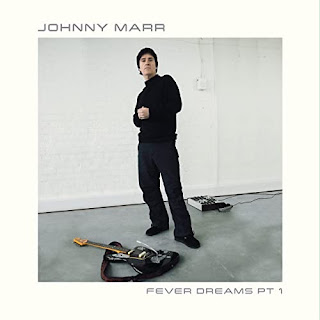 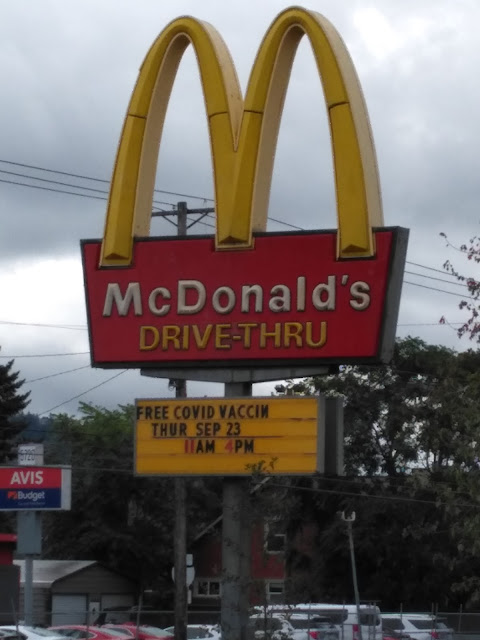 Posted by thissmallplanet at 6:16 AM No comments:
Email ThisBlogThis!Share to TwitterShare to FacebookShare to Pinterest 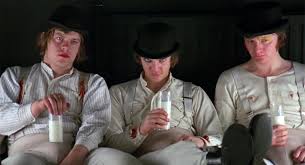 
Posted by thissmallplanet at 9:03 AM No comments:
Email ThisBlogThis!Share to TwitterShare to FacebookShare to Pinterest

Posted by thissmallplanet at 7:44 AM No comments:
Email ThisBlogThis!Share to TwitterShare to FacebookShare to Pinterest

Pavement Reuniting for 2022 Euro Tour; Can We Get Them to Play North America Too??? 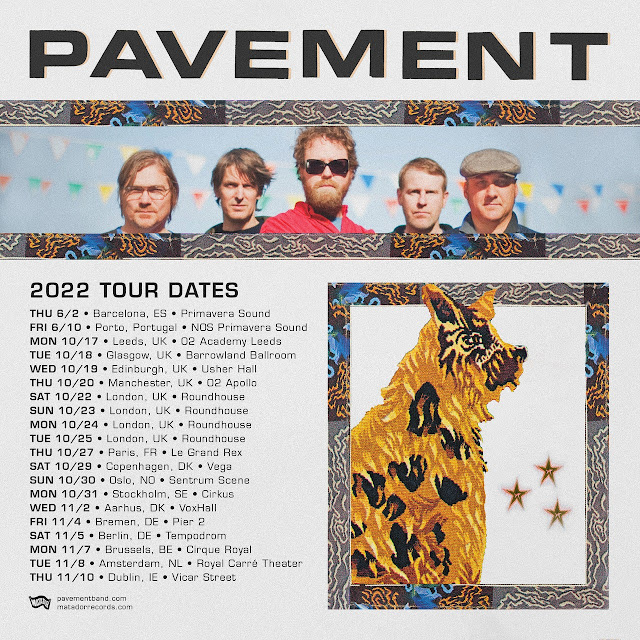 Pavement, everyone's favorite band from the 90s, is reuniting to tour Europe in 2022. They were booked to play the Primavera Festival in Spain, but had to cancel in 2000 and 2021 due to COVID. Now they will play Primavera in Spain and Portugal in June 2022, followed by an October/November 2022 swing through the UK, France, Denmark, Norway, Sweden, Germany, Belgium, the Netherlands, and Ireland.

How much would it take to convince them to also do a North American tour in 2022???

We haven't seen Pavement play since 2010, but it was so great, we'd love to do it again.

Here's a video we shot of a mini-Pavement reunion featuring Scott (Spiral Stairs) joining Stephen Malkmus for the Pavement song "Summer Babe" in San Francisco in 2016:

Posted by thissmallplanet at 6:42 AM No comments:
Email ThisBlogThis!Share to TwitterShare to FacebookShare to Pinterest 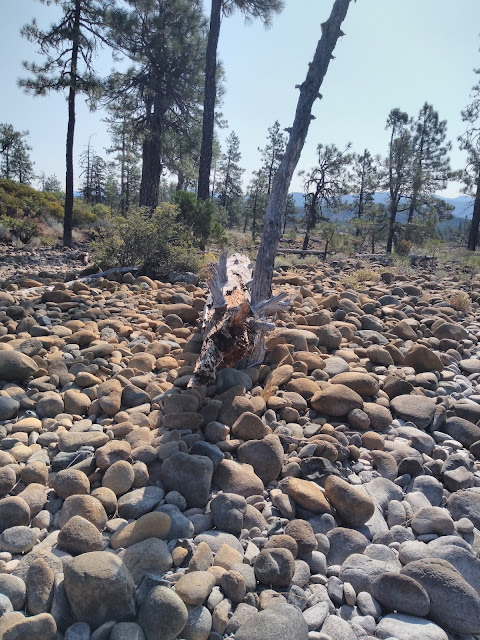 Big Red Machine. How Long Do You Think It's Gonna Last? If you like Bon Iver, The National, Fleet Foxes, and Sharon Van Etten, I guess you'll like this album, since people from all those bands appear on this project. Oh, and someone from Pennsylvania named Taylor Swift too...

Nathan Salsburg. Psalms. "For the Chief Musician. A Psalm of David; when Nathan the prophet came unto him, after he had gone in to Bath-sheba. Have mercy upon me, O God, according to thy lovingkindness: According to the multitude of thy tender mercies blot out my transgressions..." The song "O You Who Sleep" is a tribute to the late, great David Berman (Silver Jews). Nathan, the long-time Alan Lomax archivist, brings friends like Bonnie "Prince" Billy and Joan Shelley (Nathan's partner) to these songs based on ancient Jewish scripture.

Steve Gunn. Other You. New songs from the talented singer-songwriter.

Ty Segall. Harmonizer. Another great one from the psychedelic guitar fuzz master

Patti Smith. Live At Electric Lady. Her voice is better than ever. It shines on this new live album, which includes a cover of Stevie Wonder's "Blame It On The Sun"; recorded at Electric Lady in 1972 for Talking Book.

Sturgill Simpson. The Ballad of Dood and Juanita. Light bluegrass, easy as the wind. 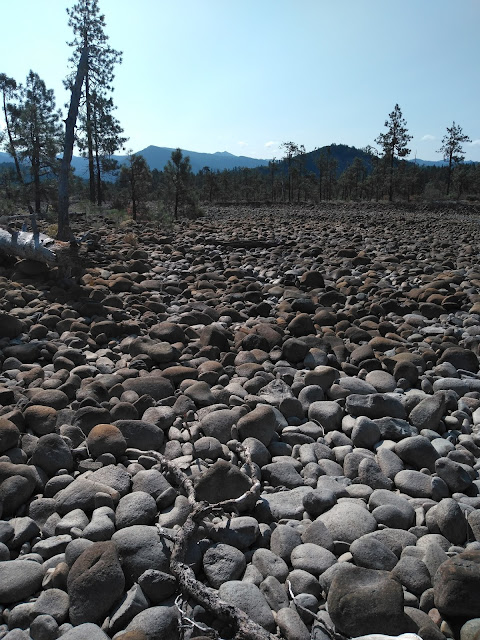 Phoebe Bridgers. "Nothing Else Matters" (Metallica cover). She literally can do no wrong.

Parquet Courts. "Walking at a Downtown Pace". A dramatic come back for a great American band.

Kevin Morby. "Campfire (4-Track Demo)". Suspected these songs would sound better as stripped-down demos and I think they do.

Bonnie "Prince" Billy. "Brownsville Girl". A 2012 live performance of the Dylan cover is on YouTube. Billy should get an Olympic Gold Metal just for finishing the song and not making a damned fool of himself.

St. Vincent. "Prince Johnny" (Acoustic Live from the Down and Out Downtown After Party)

Waxahatchee. "Talking Dust Bowl Blues" (from the forthcoming Woody Guthrie tribute album Home In This World - out on Elektra Sept. 10th - Mark Lanegan, The Felice Brothers, and a bunch of other cool folks are on it too) 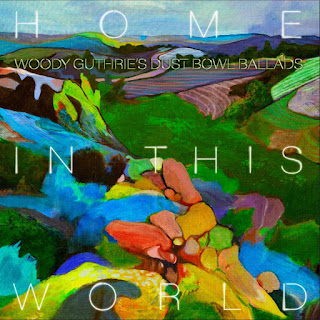 Courtney Barnett. "I'll Be Your Mirror". Courtney Barnett has a new album coming out Things Take Time, Take Time (Milk/Nov. 12).Two singles "Rae Street" and "Before You Go" have been released already. This her contribution to a new Velvet Underground tribute album (Verve/Sept. 24), I'll Be Your Mirror...Lou Reed, Nico, Andy Warhol... warmly remembered with a tribute album by contemporary fans: 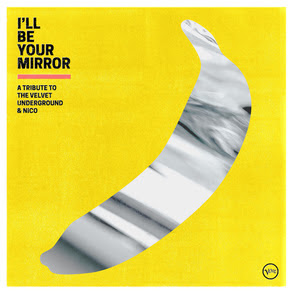 ...and a new documentary by Todd Haynes, The Velvet Underground:

The Beatles. "Don't Let Me Down" (First Rooftop Performance) from the forthcoming Super Deluxe version of Let It Be. Amazing to me there are still Beatles performances that aren't well-known. On YouTube you can find George Harrison's "Something" sung by John. And John singing the trad song "Black Dog" they learned from Koerner, Ray & Glover. Of course we're about to hear a lot more about The Beatles "Let It Be"-era (i.e. The End) when Peter Jackson's The Beatles: Get Back is released November 25th:

Posted by thissmallplanet at 6:48 AM No comments:
Email ThisBlogThis!Share to TwitterShare to FacebookShare to Pinterest
Newer Posts Older Posts Home
Subscribe to: Posts (Atom)