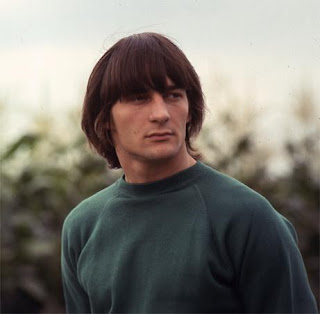 What's the connection between Gene Clark, co-founder of The Byrds, and Kanye West?

You know that song from The Turtles, You Showed Me? Yes, you do. It goes like this:


Well, that song was written by Gene Clark and Roger McGuinn for The Byrds, who recorded it but never released it. It was a big hit for The Turtles in 1969 (peaking at #6 on Billboard).

The Turtles' take is very much slowed down from the Clark & McGuinn version - there is an anecdote that the song was demonstrated for The Turtles by someone who knew the song, but was having trouble playing it on keyboards, resulting in a slower version of the song, which probably served the song better in the end, actually.


You Showed Me was also covered (also in 1969) by Enoch Light & The Glittering Guitars, and this groovy instrumental version was sampled by Kanye in Gorgeous over 40 years later:

Here's the Kanye song Gorgeous from his 2010 release My Beautiful Dark Twisted Fantasy: