Posted by thissmallplanet at 2:03 PM No comments:
Email ThisBlogThis!Share to TwitterShare to FacebookShare to Pinterest 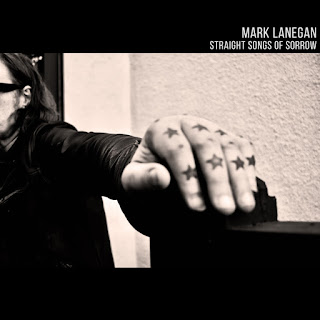 The book has a companion album of songs, Straight Songs Of Sorrow.

Mark Lanegan, lead singer of Seattle's Screaming Trees, is someone I originally knew best from two movie soundtracks: "I Nearly Lost You" by The Screaming Trees from the Singles soundtrack, and "Man In The Long Black Coat" from the Bob Dylan film I'm Not There.

For the past few years, I've been listening to his solo releases and enjoying them very much. I wanted to read his memoir and I would highly recommend it, especially if you're interested in the Seattle music scene in the 90s and 2000's.

We learn that Mark has a lot of cool friends - Nirvana's Kurt Cobain, Josh Homme from Queens of The Stone Age, and Layne Staley of Alice In Chains... but we also learn that Mark and a lot of his friends are severe addicts - and many of them die before the end of the book.

The book, as I was reading it, took over my psyche for a bit. I couldn't help but think of addicts in my life, some of whom have passed, like my friend Clayton and my cousin Zach, and whose passing deeply affected those left behind. 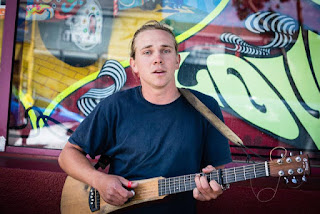 I've often thought that if only someone had been able to sit with Kurt on THAT NIGHT, and talk to him calmly, and help him see things in a different light, that he likely would have survived, at least for another day. As it turns out, Kurt called Mark three times on the day he died, looking to hang out but Lanegan didn't pick up, as he had drugs and money and didn't need to go score for Kurt. Lanegan also thought Courtney Love would be there (she wasn't - Kurt had escaped from rehab in California and was in Seattle alone). Lanegan was annoyed by Courtney's flirtations as well as the constant dysfunctional bickering between Kurt and Courtney. (Yet she paid for Lanegan to go to rehab years later.)

One of the most interesting aspects of the friendship between Kurt and Lanegan is their shared interest in old time music, especially the blues; specifically Lead Belly (1888 - 1949), the Black blues master who did hard prison time before moving to New York to record and perform.

During the taping of Nirvana's MTV Unplugged in New York (1994), Kurt famously joked about wanting to ask David Geffen to buy him Lead Belly's guitar before singing Lead Belly's (who he called his "favorite performer") "Where Did You Sleep Last Night?", a song that Kurt hauntingly howled. It became the finale of the concert as well as the finale of both Nirvana and Kurt himself. Less than 5 months after recording "Where Did You Sleep Last Night?" for MTV Unplugged, Kurt was dead from suicide.

Early in their friendship, Kurt and Lanegan talked about working on some Lead Belly tunes for a new band The Jury. Nirvana's label Sub Pop enthusiastically encouraged the project, quickly booking studio time in August of 1989.

The project never really gelled (sadly), but Lanegan's version of "Where Did You Sleep Last Night?" landed up on his first solo album The Winding Sheet (1990) with Lanegan on vocals and Kurt on guitar.

The other Lead Belly songs they recorded, "They Hung Him On A Cross", "Grey Goose", and "Ain't It A Shame",  didn't show up until the Nirvana boxset With The Lights Out in 2004.

In his memoir, Lanegan says Kurt asked him to sing "Where Did You Sleep Last Night?" with him at the MTV Unplugged gig, but that Lanegan declined. Kurt asked Lanegan if he could use the same arrangement Lanegan had used in 1989. We can only wonder what kind of performance a duet would have yielded, and what that would have meant for Lanegan's career.

Kurt's interest in Lead Belly and "unplugged" acoustic music also painted a roadmap for a post-punk, post-Nirvana solo career for Kurt. Toward the end of his life, Kurt often said he felt trapped by the demands of the band, the record company, the "stir-maker machinery". He spoke with R.E.M.'s Michael Stipe and others about leaving the band and persuing a solo career playing acoustic music. Again, we can only wonder...

Posted by thissmallplanet at 2:49 PM No comments:
Email ThisBlogThis!Share to TwitterShare to FacebookShare to Pinterest 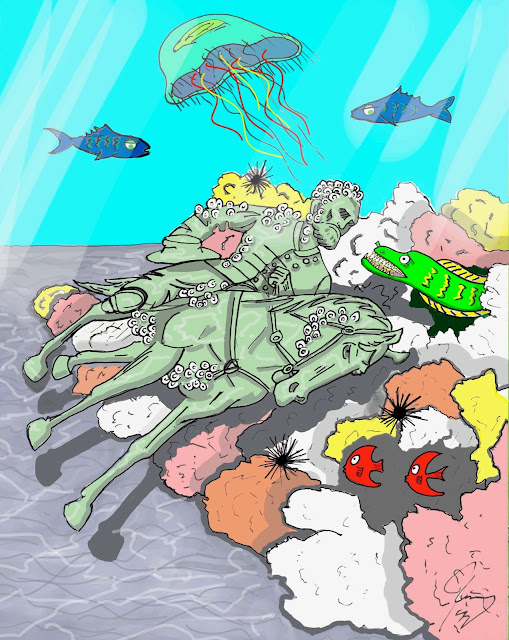 
ThisSmallPlanet.com says: I've always wondered about the politics behind The Band's "The Night They Drove Old Dixie Down". Always stuck me as odd, for a bunch of Canadians (plus Levon) to wax poetically about the sufferings of the Old South during and after "The War Between The States" (or maybe The Band would have preferred to call it "The War of Northern Aggression").

Isn't it time to rewrite that song, with an emphasis on the horrors of slavery and the triumph of abolitionism - (the first international human rights struggle)?

"The Night WE Drove Old Dixies down.... And all the bells were ringing! And all the free folk were singing!"
Posted by thissmallplanet at 6:40 AM No comments:
Email ThisBlogThis!Share to TwitterShare to FacebookShare to Pinterest

Public Enemy's Chuck D states: “Our collective voices keep getting louder. The rest of the planet is on our side. But it’s not enough to talk about change. You have to show up and demand change. Folks gotta vote like their lives depend on it, ‘cause it does.”

“Public Enemy tells it like it is,” added Flavor Flav. “It’s time for him (Trump) to GO.” 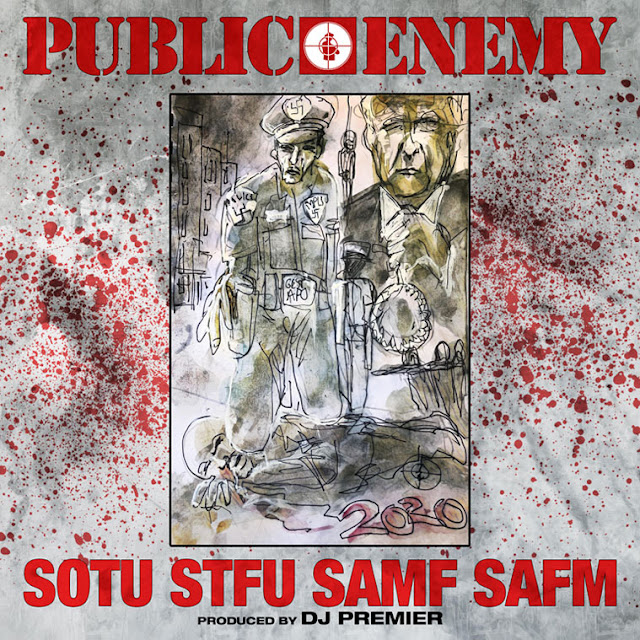 Posted by thissmallplanet at 6:52 AM No comments:
Email ThisBlogThis!Share to TwitterShare to FacebookShare to Pinterest

Posted by thissmallplanet at 3:39 PM No comments:
Email ThisBlogThis!Share to TwitterShare to FacebookShare to Pinterest

Posted by thissmallplanet at 8:06 AM No comments:
Email ThisBlogThis!Share to TwitterShare to FacebookShare to Pinterest

Be wary of diplomatic missions to Moscow prior to the Nov elections. Given the list of possible indictments he faces, Traitor Trump may be the first American President to defect. 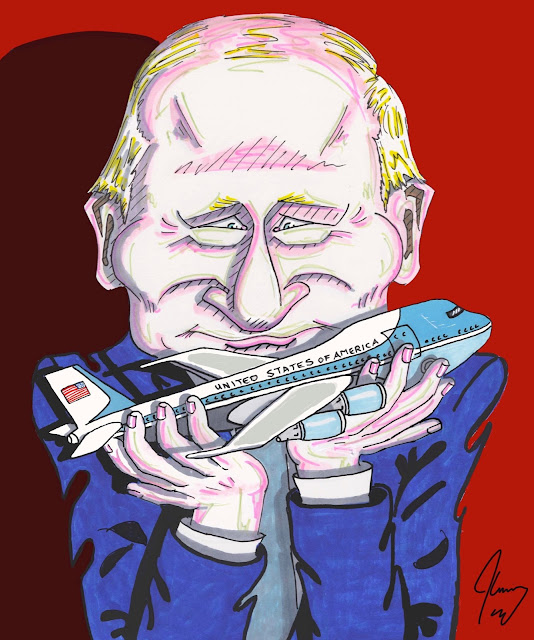 Posted by thissmallplanet at 10:09 PM No comments:
Email ThisBlogThis!Share to TwitterShare to FacebookShare to Pinterest

Posted by thissmallplanet at 2:03 PM No comments:
Email ThisBlogThis!Share to TwitterShare to FacebookShare to Pinterest

New York Times: Bob Dylan Has a Lot on His Mind 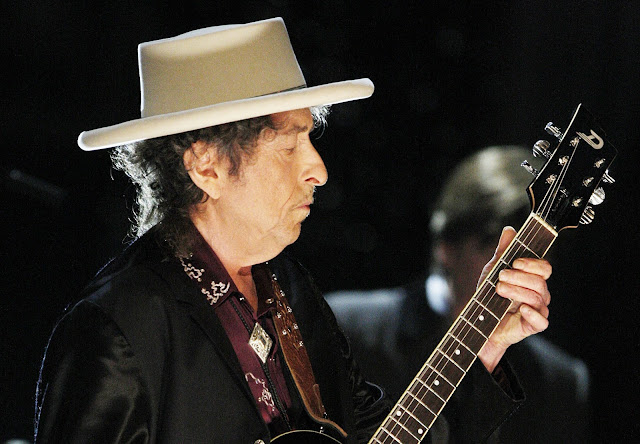 In a rare interview, the Nobel Prize winner discusses mortality, drawing inspiration from the past, and his new album, “Rough and Rowdy Ways.”
By Douglas Brinkley Original at New York Times, June 12, 2020
A few years ago, sitting beneath shade trees in Saratoga Springs, N.Y., I had a two-hour discussion with Bob Dylan that touched on Malcolm X, the French Revolution, Franklin Roosevelt and World War II. At one juncture, he asked me what I knew about the Sand Creek Massacre of 1864. When I answered, “Not enough,” he got up from his folding chair, climbed into his tour bus, and came back five minutes later with photocopies describing how U.S. troops had butchered hundreds of peaceful Cheyenne and Arapahoe in southeastern Colorado.
Given the nature of our relationship, I felt comfortable reaching out to him in April after, in the midst of the coronavirus crisis, he unexpectedly released his epic, 17-minute song “Murder Most Foul,” about the Kennedy assassination. Even though he hadn’t done a major interview outside of his own website since winning the Nobel Prize in Literature in 2016, he agreed to a phone chat from his Malibu home, which turned out to be his only interview before next Friday’s release of “Rough and Rowdy Ways,” his first album of original songs since “Tempest” in 2012.
Like most conversations with Dylan, “Rough and Rowdy Ways”covers complex territory: trances and hymns, defiant blues, love longings, comic juxtapositions, prankster wordplay, patriotic ardor, maverick steadfastness, lyrical Cubism, twilight-age reflections and spiritual contentment.
In the high-octane showstopper “Goodbye Jimmy Reed,” Dylan honors the Mississippi bluesman with dragon-fierce harmonica riffs and bawdy lyrics. In the slow blues “Crossing the Rubicon,” he feels “the bones beneath my skin” and considers his options before death: “Three miles north of purgatory — one step from the great beyond/I prayed to the cross and I kissed the girls and I crossed the Rubicon.”

“Mother of Muses” is a hymn to the natural world, gospel choirs and military men like William Tecumseh Sherman and George Patton, “who cleared the path for Presley to sing/who cleared the path for Martin Luther King.” And “Key West (Philosopher’s Pirate),” is an ethereal meditation on immortality set on a drive down Route 1 to the Florida Keys, with Donnie Herron’s accordion channeling the Band’s Garth Hudson. In it he pays homage to, “Ginsberg, Corso and Kerouac.”
Perhaps someday he’ll write a song or paint a picture to honor George Floyd. In the 1960s and 1970s, following the work of black leaders of the civil rights movement, Dylan also worked to expose the arrogance of white privilege and the viciousness of racial hatred in America through songs like “George Jackson,” “Only a Pawn in Their Game,” and “The Lonesome Death of Hattie Carroll.” One of his most fierce lines about policing and race came in his 1976 ballad “Hurricane”: “In Paterson that’s just the way things go/If you’re black you might as well not show up on the street/Unless you want to draw the heat.”
I had a brief follow-up with Dylan, 79, one day after Floyd was killed in Minneapolis. Clearly shaken by the horror that had occurred in his home state, he sounded depressed. “It sickened me no end to see George tortured to death like that,” he said. “It was beyond ugly. Let’s hope that justice comes swift for the Floyd family and for the nation.”
These are edited excerpts from the two conversations.
Was “Murder Most Foul” written as a nostalgic eulogy for a long-lost time?

To me it’s not nostalgic. I don’t think of “Murder Most Foul” as a glorification of the past or some kind of send-off to a lost age. It speaks to me in the moment. It always did, especially when I was writing the lyrics out.
Somebody auctioned off a sheaf of unpublished transcripts in the 1990s that you wrote about J.F.K.’s murder. Were those prose notes for an essay or were you hoping to write a song like “Murder Most Foul” for a long time?
I’m not aware of ever wanting to write a song about J.F.K. A lot of those auctioned-off documents have been forged. The forgeries are easy to spot because somebody always signs my name on the bottom.
Were you surprised that this 17-minute-long song was your first No. 1 Billboard hit?
I was, yeah.

“I Contain Multitudes” has a powerful line: “I sleep with life and death in the same bed.” I suppose we all feel that way when we hit a certain age. Do you think about mortality often?

I think about the death of the human race. The long strange trip of the naked ape. Not to be light on it, but everybody’s life is so transient. Every human being, no matter how strong or mighty, is frail when it comes to death. I think about it in general terms, not in a personal way.