Sarah Silverman Retweeted Hold My Be

@SarahSilverman: My NFL team will be called the the Boston Agnostic Jews and the mascot is a Leonard Cohen T-shirt with an open button down over it...

Posted by thissmallplanet at 9:57 PM No comments:
Email ThisBlogThis!Share to TwitterShare to FacebookShare to Pinterest 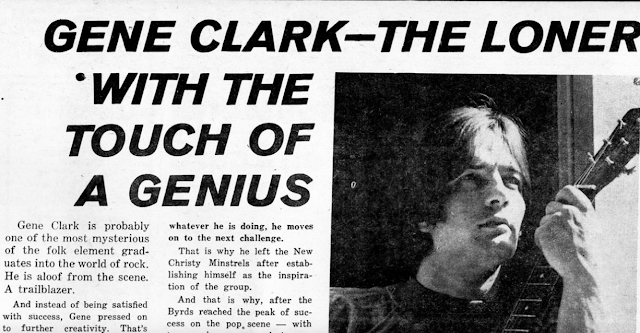 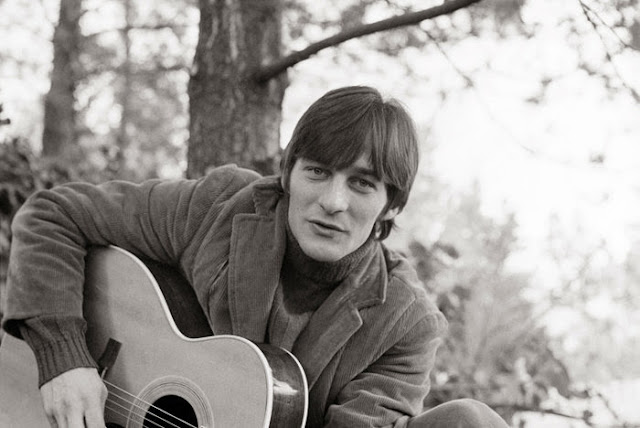 Posted by thissmallplanet at 9:17 PM No comments:
Email ThisBlogThis!Share to TwitterShare to FacebookShare to Pinterest 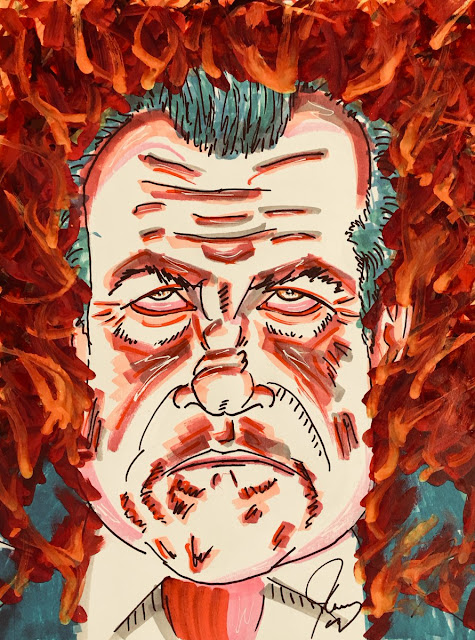 @JimCarrey: “Hey Dirty Donald, Tricky Dick Nixon, here. The dark one likes the cut of your jib. Taking people’s children away at the border really made an impression. Ailes and I can’t wait to see ya!”

More Political Art From Comedian Jim Carrey...
Posted by thissmallplanet at 8:09 PM No comments:
Email ThisBlogThis!Share to TwitterShare to FacebookShare to Pinterest

“Every region of the United States seems to have its own way of Anglicizing, or rather, Americanizing Spanish names. There’s a town called Palacios on the Texas coast. Texans pronounce it ‘Palashuss,’ which just happens to kinda rhyme with ‘fascist.’ While there’s usually at least one in every town, I don’t know for a fact that there’s even one actual fascist residing in or near the town of Palacios, Texas. This song, like most of my songs, is a work of fiction. Any resemblance of any of my characters to actual persons, living or deceased, is just plain lucky.”

"State of The Union" by James McMurtry

Parquet Courts perform at Rough Trade NYC on May 17th, 2018 for the release party of their newest album "Wide Awake!"

Posted by thissmallplanet at 10:18 PM No comments:
Email ThisBlogThis!Share to TwitterShare to FacebookShare to Pinterest

Posted by thissmallplanet at 8:42 PM No comments:
Email ThisBlogThis!Share to TwitterShare to FacebookShare to Pinterest 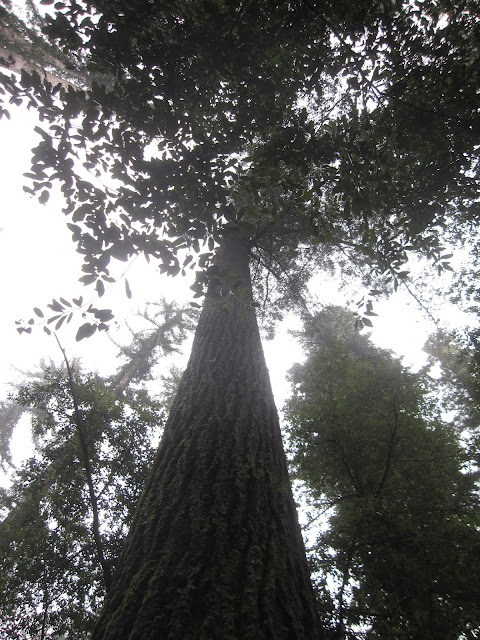 Don't let anyone tell you guitar is dead! These days, we who love the guitar and rock and roll oft times despair the dominance of auto tune, pop music, synthesizers, and so on. But fear not! Guitars still ring loud & true!

Out Today (All featuring Bold Guitar):


Add to The Playlist:

Highly anticipated release coming in June, 14 "new" songs from The Byrds' Gene Clark (circa 1967) Gene Clark Sings For You. 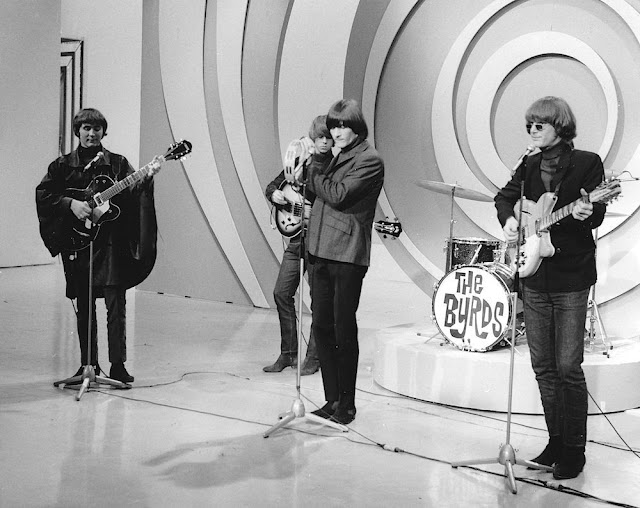 Bonnie "Prince" Billy released a video of a Susanna cover "Wild Is The Will" for the anti-gun violence protest #NationalSchoolWalkout . The powerful video evokes the hope and despair that survivors of the Parkland, Florida school shooting, most notably Emma Gonzalez, have come to represent.

Posted by thissmallplanet at 7:55 AM No comments:
Email ThisBlogThis!Share to TwitterShare to FacebookShare to Pinterest

Washington Post: Stephen Malkmus Had His Groove Denied. He Was Upset For About Five Minutes. 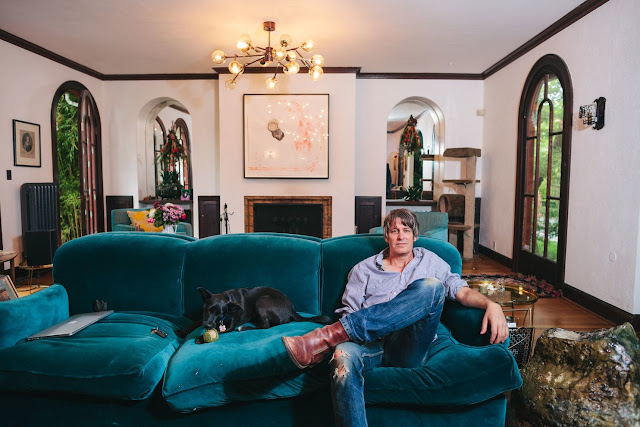 Stephen Malkmus in his Portland, Ore., home with Magic, his family’s puppy. (Jason Quigley/Washington Post)
PORTLAND, Ore. — One night last November, an unexpected opening act popped up at the Portland Institute for Contemporary Art. Stephen Malkmus, best known for fronting the 1990s indie-rock giants Pavement, took the stage without even a guitar. Malkmus, wearing a trucker’s hat and T-shirt, brought a laptop, picked up a microphone and sang an album’s worth of the songs he planned to release as his next record.
“I was blown away,” said Steve Doughton, who helped organize the event meant to kick off PICA’s exhibition of his 1997 art film, “DELTA.” “The album is phenomenal.”
Malkmus had created the music in his basement with Pro Tools, Ableton software and keyboards. It felt good to experiment, to move away from the guitar-driven songs that dominated his catalogue. Then he dropped the files to Matador Records. It had been more than three years since the last Malkmus record. His longtime label wasn’t thrilled to get a keyboard-based set driven by drum pads.
“They didn’t want to put it out,” said Malkmus. “Or they thought it was dumb to put it out first because it was a head-scratcher. Maybe some of my more traditional fans that know Pavement would scratch their heads.”
For some artists, a rejected record would spark an ugly standoff. As Malkmus tells this story, he’s relaxed, sitting on a puffy chair in the TV area of the basement.
His youngest daughter, 10-year-old Sunday, and her friends tiptoe, crawl and crouch around furniture. They’re spying. The family’s puppy, Magic, steals sips from a can of LaCroix on the floor.
Malkmus keeps an eye on the Trail Blazers game. It has playoff ramifications. Joe Ingles, the versatile small forward on the Utah Jazz, hits a three.
“He’s a piece of work,” says Malkmus. “He’s Australian. They call him Jingles.”
This is the first time Matador rejected anything from Malkmus. But instead of rage, the label’s dis actually inspired a name for his then-untitled electronic album: “Groove Denied.”
“It was probably a big deal to them, and to me it was like five minutes of kind of being pissed and then the rest was kind of pissing and moaning about it and not being pissed,” he says. “I could have just put it out myself, but I also listened to what they had to say. I was like, ‘You may know more about this than me,’ and I also always had this record.”
“This record” is “Sparkle Hard,” his album out on Matador this month, the one Malkmus is touring behind this summer with the Jicks, a band assembled after Pavement’s demise and now pushing 18. “Sparkle Hard” is also why he won’t share his basement tapes. He wants to focus on his first album since 2014.
Matador didn’t hate “Groove Denied.” Chris Lombardi, the label’s founder, says he definitely plans to release it. He just believed “Sparkle Hard” should come first.
It is all part of his mission to put Malkmus back atop the indie pedestal.
Lombardi knows what he’s up against. To the aging indie-rock intelligentsia, Malkmus, 51, is a legend, his catalogue packed with enough cheeky puns to power a Pitchfork alumni cruise. To the general public, he barely registers. His most marketable currency is a band, Pavement, that had one minor hit, “Cut Your Hair,” during Bill Clinton’s first term and that expired in 1999. The most recent Malkmus album, 2014’s “Wig Out at Jagbags,” was almost universally praised. It has also sold as many copies over its lifetime (21,000) as Taylor Swift’s “Reputation” moved by lunchtime last Nov. 10.
The notion that Malkmus had “Sparkle Hard” on reserve is startling when you consider how good it is. There’s the groove of “Bike Lane,” a takedown of suburbia framed around the death of Baltimore’s Freddie Gray, the country-tinged “Refute,” a twist on the Nashville tear-jerker that features ex-Sonic Youth singer Kim Gordon, and “Middle America,” a song as beautifully melancholic as anything Malkmus has ever done.
Malkmus actually wanted to cut “Middle America” from “Sparkle Hard.” It bored him, and Jicks bassist Joanna Bolme agreed. “Okay, the lyrics are great, but to me, he can write that s--- in his sleep,” she says.
Naturally, that’s the song Lombardi pegged as “the one we want to go out with.”
And selling Malkmus, or reintroducing him, has become his latest mission.
“The music industry has changed, listening habits have changed, and we have to kind of direct people’s attention to something truly genius,” says Lombardi. “To kind of get everybody focused on what Steve Malkmus is again, we wanted to tell the story from a bit of a safer place.”

He loves Matador and considers Cosloy and Lombardi his friends. But if he had to go, “there’s plenty of nice labels for, like, over 50 artists.”

RELATED ARTICLE: Stephen Malkmus Salute To The Grateful Dead's Jerry Garcia: "Bertha" & "Been All Around This World"

RELATED ARTICLE: Could Pavement Reunite In 2019 For 30th Anniversary?

Malkmus Live Videos: "Stereo", "Stairway To Heaven", "Surreal Teenager", and "Mr. Soul"...
Posted by thissmallplanet at 10:06 AM No comments:
Email ThisBlogThis!Share to TwitterShare to FacebookShare to Pinterest

Trump and The Rolling Stones... A Complicated Relationship

The New York Times today reports that the investigation into collusion between Team Trump and Russia was codenamed "Crossfire Hurricane" by the FBI, after the opening line of The Stones' classic song "Jumping Jack Flash".

Observers will recall that Donald Trump has been using another Stones song, "You Can't Always Get What You Want" at rallies during the campaign and continuing to the present day.

Add to that Keith Richards badmouthing Trump in the press about the past and the present and you have a very complicated relationship between The Orange One and The Rolling Stones.

Personally, I've always thought "You Can't Always Get What You Want" is a strange song for a politician to play (shouldn't they tell you that you CAN always get what you want?). It's just Trump trying to do a Scorsese and use baby-boomer soundtrack memories to trigger emotional responses.

Trump's use of the song recalls debates would "fair use" and the history of artists asking politicians to "stop and desist" using their songs at rallies. Having an artist declare that they disagree with the message of a politician using their song ought to be enough to convince the politician to choose another song. Some question whether an artist can or will actually sue someone for using their song at a public rally without permission and if they would be successful in such a suit and at what cost in time, money, and publicity.

Add to that, in The Stones' case,  that much of their publishing rights were given to Allen Klein (the most successful non-musician in rock history) in a settlement, leading to the absurdity surrounding The Verve's "Bittersweet Symphony", Richard Ashcroft's masterpiece that was nearly scuttled by Klein's maneuvering, which resulted in Klein receiving more profits from the song than the actual composer (and the composers Ashcroft was accused of copying). All due to a short sample (about 12 notes by my count) in "Bittersweet" of an orchestral version (by Andrew Loog Oldham of "The Last Time"). One of the greatest rock n roll swindles of all time.

Why Keith Richards had to get rid of Donald Trump

Rolling Stones star Keith Richards says he can't be bothered to get angry any more - but the last time he did was nearly 30 years ago with Donald Trump.
"He [Trump] was the promoter for us in Atlantic City [during 1989's Steel Wheels Tour]," he told the BBC.
"[It was billed as] 'Donald Trump presents the Rolling Stones' [with the band's name written in miniature]."
"I got out my trusty blade, stuck it in the table and said: 'You have to get rid of this man!'"
He joked: "Now America has to get rid of him. Don't say I didn't warn you!"
And he wasn't the only one talking politics.

Ahead of the band's No Filter Tour, frontman Mick Jagger spoke about Brexit.
"I'm not really happy with the status quo. In the UK I think we're going through a difficult moment. It's very hard to understand all the difficulties we're having with Brexit.
"The current government seems to be having a very hard time to navigate through it. Everyone would like to see a fast resolution and a united front rather than a split."

He also referred to Trump's choice of song to follow his victory speech when he became US president last year, the band's You Can't Always Get What You Want.
"It's a funny song for a play-out song - a drowsy ballad about drugs in Chelsea! It's kind of weird. He couldn't be persuaded to use something else."
Jagger says he's still enjoying being a rock star but admits he doesn't know what else he could do.
"I've really done little else in my life - it's a bit limiting. It's a very cloistered, weird existence. I'm very happy to do it but I don't know about much else."
The tour kicks off on 17 May in Dublin before taking in several UK dates followed by concerts in France, Germany, the Czech Republic and Poland.
Posted by thissmallplanet at 2:44 PM No comments:
Email ThisBlogThis!Share to TwitterShare to FacebookShare to Pinterest
Newer Posts Older Posts Home
Subscribe to: Posts (Atom)