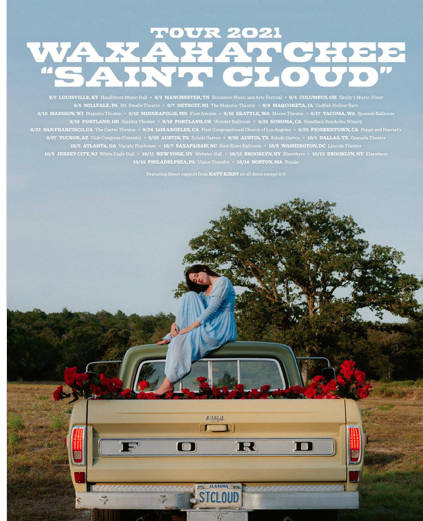 Posted by thissmallplanet at 12:25 PM No comments:
Email ThisBlogThis!Share to TwitterShare to FacebookShare to Pinterest

Manchester Orchestra "Keel Timing" from the forthcoming album The Million Masks of God (April 30th). We've already heard another single from the album, "Bed Head", and now there's an acoustic version of it on YouTube.

Big Thief "Off You" (The Breeders cover)

St. Vincent "The Melting Of The Sun". I haven't liked most of her new stuff, but I like this. She also performed this song on Saturday Night Live on April 3, 2021. 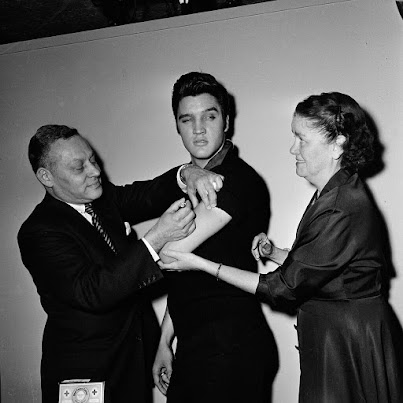 Waxahatchee Saint Cloud +3. It's a re-release of Katie Crutchfield's excellent 2020 album Saint Cloud, with three previously unreleased covers as bonus tracks: "Fruits of My Labor" (Lucinda Williams), "Light Of A Clear Blue Morning" (Dolly Parton), and "Streets of Philadelphia" (Bruce Springsteen). The original album is great, if you haven't heard it, and the three covers are just perfect.

Joe Strummer Assembly. Nice to hear The Clash's Joe Strummer again in this retrospective from the late George Harrison's Dark Horse label. Great versions of "I Fought The Law" and "Junco Partner". Tim Armstrong (Operation Ivy, Rancid) befriended Strummer and released his final albums with The Mescaleros on Hellcat records. Another Strummer compilation, Joe Strummer & The Mescaleros: The Hellcat Years, contains selections from those albums, as well as tracks from the Acton concert, recorded a month and a half before Joe's untimely death. In addition to many of Joe's best-known songs, the Acton show included three numbers with Mick Jones on guitar, the first time the former Clash bandmates had played together for some time.

Dry Cleaning New Long Leg. From the UK, a new exciting band. The first single from the album is "Scratchcard Lanyard". Here's a set they did in Seattle for KEXP.

Posted by thissmallplanet at 7:50 AM No comments:
Email ThisBlogThis!Share to TwitterShare to FacebookShare to Pinterest
Newer Posts Older Posts Home
Subscribe to: Posts (Atom)