Posted by thissmallplanet at 7:28 AM No comments:
Email ThisBlogThis!Share to TwitterShare to FacebookShare to Pinterest

The History of "Baby, Let Me Follow You Down"


Here's two videos of Jay doing "Baby Let Me Follow You Down" in the style of Rev. Gary Davis:


Interestingly, The Animals recorded not one but two  versions of "Baby Let Me Follow You Down" - "Baby Let Me Follow You Home" and "Hey Gyp". On the first one, they were advised that by changing the words a bit, they could avoid paying royalties to artists such as Reverend Gary Davis. Compare and contrast with the approach of Peter, Paul, and Mary, who set up a publishing company specifically so Rev. Gary Davis would receive royalties for "Samson and Delilah" (AKA "If I Had My Way", later covered by The Grateful Dead and others), which enabled him to buy a house after a life-time of renting. Presumably The Animals paid royalties to Donovan for "Hey, Gyp", a song Donovan had copyrighted despite it obviously being based on earlier versions of "Baby Let Me Follow You Down". The song was later covered by Jack White and The Raconteurs. 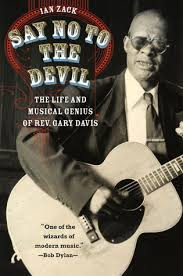 The Reverend Gary Davis biography Say No To The Devil, goes into great detail on the copyright issues on "Baby Let Me Follow You Down", "Samson and Delilah", and "You Got To Move" (covered by The Rolling Stones, "original" versions by Rev. Gary Davis and Mississippi Fred McDowell). (There are also interesting legacies behind songs such as "House of The Rising Son" and "Matchbox", with early versions by Lead Belly later adapted by artists such as Dave van Ronk, Bob Dylan, The Animals, and Carl Perkins.)

Many of these songs are from an oral tradition, originating perhaps with artists whose names are lost to the sands of time... We know these songs from such artists as Blind Lemon Jefferson, Charley Patton and Son House, or versions from the likes of Lead Belly and Reverend Gary Davis.

Davis taught a version of "Baby Let Me Follow You Down" to Blind Boy Fuller who recorded it in the 1930s. Eric von Schmidt blended that with the Gary Davis version (although Bling Boy Fuller died young, Rev. Davis recorded and performed until the early 1970s, allowing many of the younger white blues fans to study his style in person) and that's close to the song that we know from Bob Dylan's first album, as well as his 1966 rock version with The Band (later seen at The Last Waltz... twice).

The song has been recorded as:

Notable artists who have done the song include Memphis Minnie, Walter Coleman, and Lightnin' Hopkins.

"Baby, Let Me Follow You Down" is a traditional folk song popularised in the late 1950s by blues guitarist Eric Von Schmidt. The song is best known from its appearance on Bob Dylan's debut album Bob Dylan.

The song was adapted by Eric Von Schmidt, a blues-guitarist and singer-songwriter of the folk revival in the late 1950s. Von Schmidt was a well-known face in the East Coast folk scene and was reasonably well-known across the United States. According to his chronicle of the Cambridge Folk era, also called "Baby, Let Me Follow You Down", Eric had first heard the song via the Blind Boy Fuller recording. Von Schmidt credits Reverend Gary Davis for writing "three quarters" of his version of the song (the melody is very similar to Davis's "Please Baby"). Van Ronk's version became a feature in the coffee houses of Greenwich Village in the early 1960s.
The song was later picked up by the young, up and coming folk singer Bob Dylan, who made it famous on his Columbia Records debut. As an introduction to the song on the album, Dylan pays homage to Schmidt, saying: "I first heard this from Ric von Schmidt. He lives in Cambridge/ Ric is a blues guitarplayer. I met him one day on/ The green pastures of the Harvard University."
The song became very popular amongst Dylan's following and was a regular feature of Dylan's song list. During his 1966 World Tour, Dylan electrified the sound of the song, playing it on electric guitar with a five-piece electric band as backing. A decade later, he performed the song with a medley of "Forever Young" at The Band's Last Waltz concert.
The song appears on these Dylan albums: